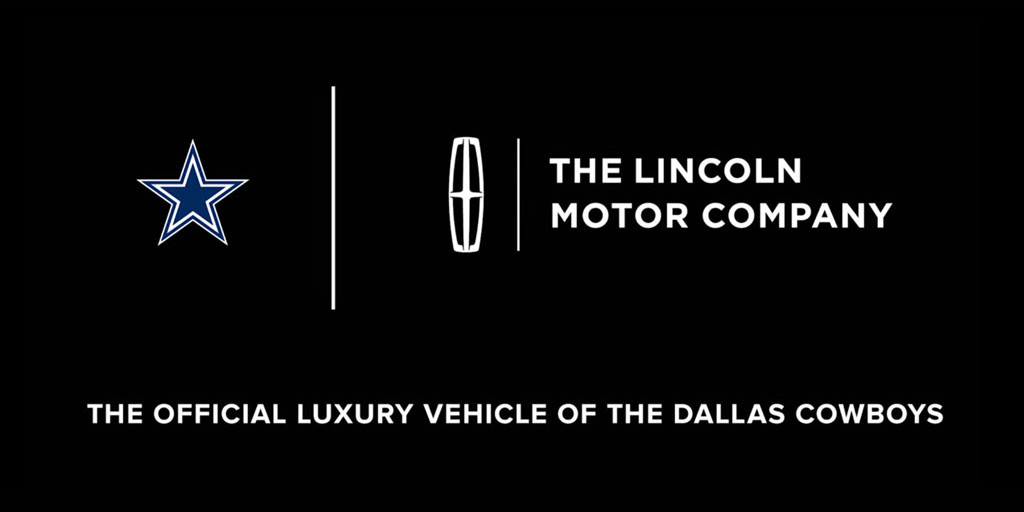 Lincoln Motor Company has become the official luxury vehicle sponsor of the Dallas Cowboys NFL team – a new development which fits nicely with Ford’s other ties with the franchise, such as the recent unveiling of the new Cowboys Edition Ford F-150 and the opening of the new Ford Center at The Star training facility.

Of course, luxury vehicles might at a glance appear to be incompatible with one another, but Lincoln doesn’t seem to think so. “Football is about memories, about savoring the pleasure of the day and the game,” says Lincoln President Kumar Galhotra. “And Lincoln is about creating warm, personally crafted experiences for its clients.”

As part of Lincoln’s sponsorship deal with the Dallas Cowboys, reports Fox News, the luxury marque will put their name on the Founders Club – a dining area for well-heeled Cowboys fans who spring for premium seats between the 40-yard lines. Founders Club admission costs about $150k per season, according to Fox, meaning that everyone in it would most certainly be able to afford a loaded-up Lincoln vehicle. The luxury brand will put product specialists in the Founders Club section at every game, and vehicles could even be brought in for test-drives.

Ford F-Series Is Now The Official Truck Of The NFL