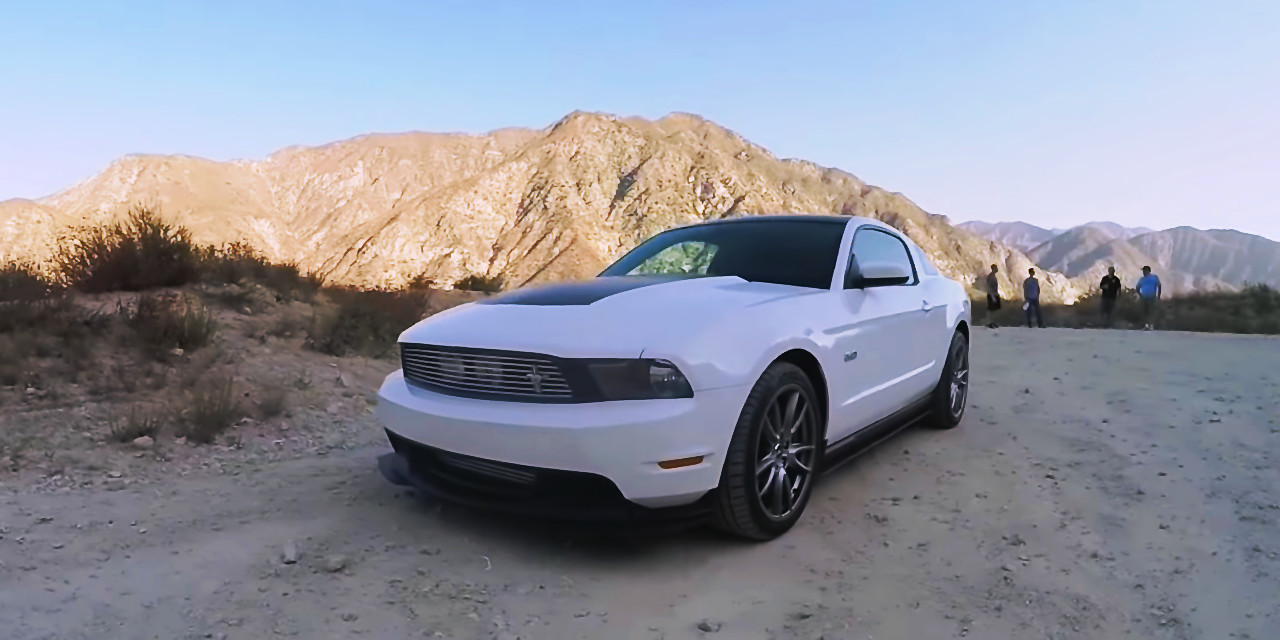 Back in 2012, if you wanted to exceed the 550 horsepower on-tap in the Shelby GT500 Mustang, you had essentially three options: turn your car over to another tuning shop, shell out the cash for the roughly-1,000-horsepower “Shelby 1000” upgrade, or supercharge the Mustang GT’s factory 5.0-liter “Coyote” yourself.

In this episode of The Smoking Tire‘s “One Take,” host Matt Farah drives a pony car built in the latter fashion. Making use of a Paxton Novi 2000 centrifugal supercharger, this 2012 Ford Mustang GT makes an alleged 580 horsepower or so, along with 495 lb-ft of torque, at the rear wheels. Some modest Whiteline-sourced suspension upgrades (swaybars, bushings, control arms) and a lightweight driveshaft pretty much round out the list of changes; surprisingly, the Mustang GT’s factory brakes (including pads and fluid) haven’t been fiddled with.

What’s it like to drive? Fast, without being too demanding, says Farah. We would guess that a lot of its ease-of-use come from the characteristics inherent in any centrifugal supercharger, which tend to ramp-up boost rather gradually.

Be sure to check out this awesomely potent Ford Mustang GT in greater detail in the video above.