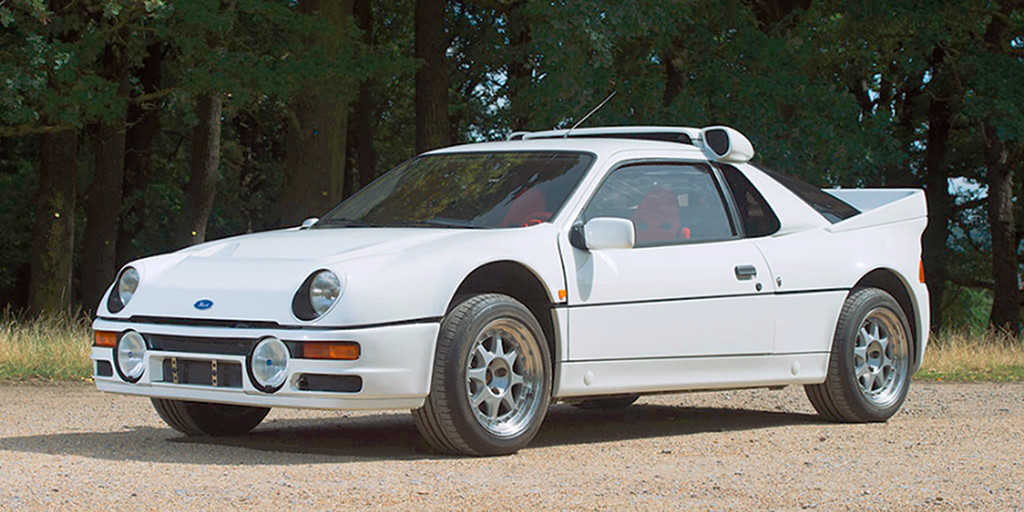 Being true Ford fans here, we’re all at least somewhat familiar with the sensational Ford RS200 from the 1980s, right?

For those of us who are yet unacquainted, plenty has been written about the wedgy-looking Ford RS200 rocketship from the 1980s, much of which is accessible through your favorite internet search engine, but the long and short of it is this: Ford needed a Group B rally car after development of the Escort RS 1700T went belly-up in 1983, so they designed the composite-bodied, mid-engine Ford RS200 from a clean sheet.

Of course, in order to pass FIA homologation rules, at least 200 road-going examples had to be built and sold. That’s how a moneyed few came to be in possession of Ford’s super-fast, super-capable Group B monster.

Even more rare than the regular Ford RS200 was the RS200 “S”, of which just 20 examples were built. One of them – an unbelievably-clean example with 4,100km (approx. 2,550 miles) on the clock and just two past private owners – is headed to auction today in London via RM Sotheby’s. According to the auction company, the white, 1986 Ford RS200 S is one of the lowest-mileage examples in existence, and being an “S”, is graced with features like electric windows, a nicer interior, and most importantly, 350 horsepower – 100 better than the standard car. This particular example also has a rare dog-clutch selector, which allows for real-time control over the torque split via a lever next to the gear selector.

To read more about this super-rare 1986 Ford RS200 S, check out the original listing on the RM Sotheby’s website.