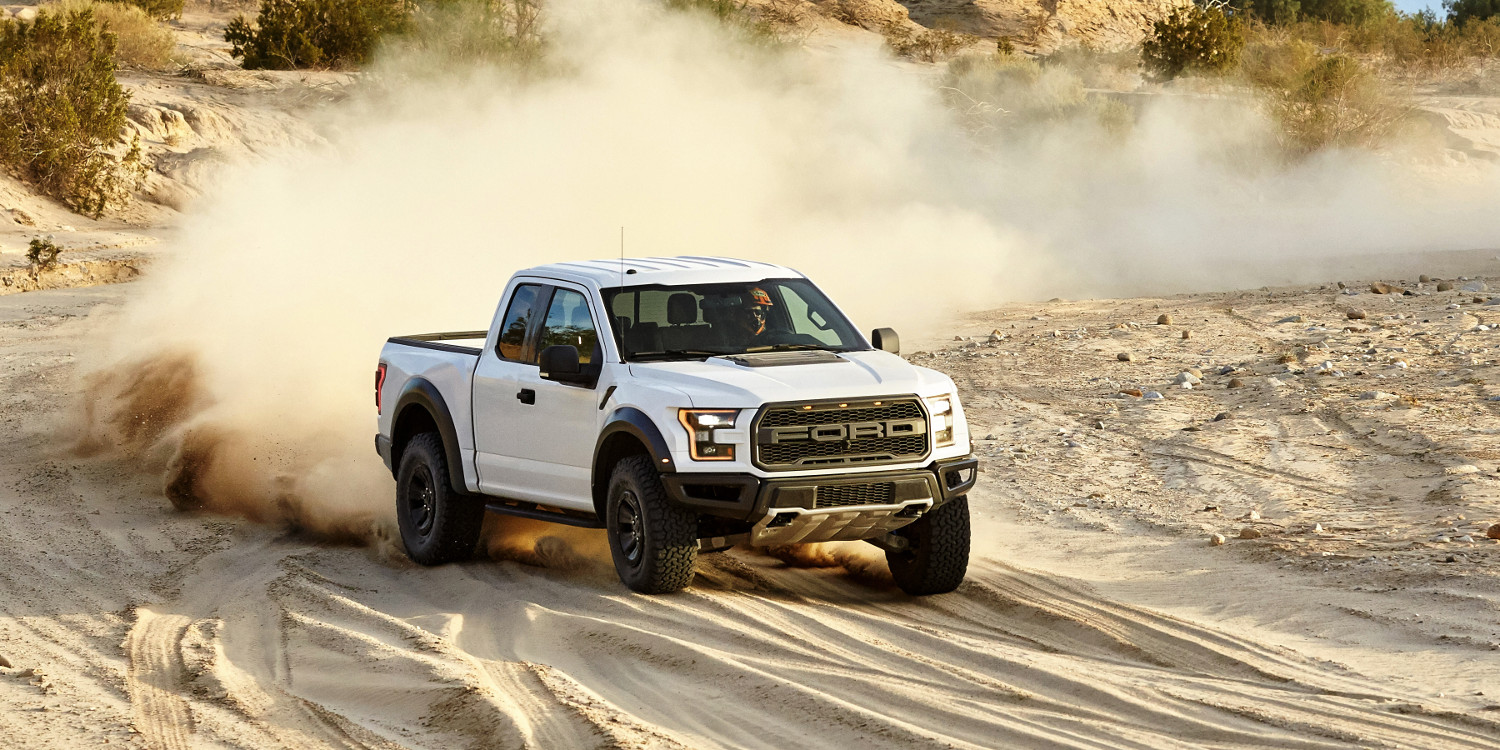 Ford Performance has released official power and torque numbers for the all-new, 2017 Ford F-150 Raptor, and fans oughtn’t to be disappointed.

According to a recent press release, the new F-150 Raptor will be motivated by some 450 horsepower and 510 lb-ft of torque – roughly 40 horsepower and 75 lb-ft more than was produced by its predecessor, the 2010-2014 Ford SVT Raptor. The new F-150 Raptor manages this with two fewer cylinders and far less displacement, too, making use of a twin-turbocharged 3.5-liter V6 in place of the old supertruck’s normally-aspirated 6.2-liter V8.

What’s more, Ford says that the 2017 Ford F-150 Raptor is up to 500 pounds lighter than the 2014 model, thanks to the F-Series’ switch to an aluminum-intensive body for 2015. According to them, this gives the new Raptor performance truck a 21-percent greater average torque-to-weight ratio than its predecessor.

“Raptor was designed to be a no-compromise, off-road performance machine,” says Ford Performance Engineering Supervisor Matt Tranter. “That is why we made the switch from the cast-iron V8 to the aluminum block, high-output GTDI V6 EcoBoost engine that our team tuned to add 39 horsepower and 76 lb.-ft. of torque for today’s Raptor.”

Transferring the torque from the new Ford F-150 Raptor’s 3.5L EcoBoost engine to the wheels are a 10-speed automatic transmission, and an exclusive, dual-mode transfer case which can provide on-demand four-wheel drive with a clutch, and mechanically-locked four-wheel drive, depending on the driver’s demands. The new-and-improved EcoBoost engine, 10-speed automatic, and dual-mode transfer case are managed by the F-150 Raptor’s advanced, six-mode Terrain Management System.

The all-new Ford F-150 Raptor is expected to start shipping in the US during the fourth quarter of this year.

Report: Lincoln To Produce Five New Models In China By 2022

Officially Official: A Ford F-150 Hybrid Will Be Available By 2020