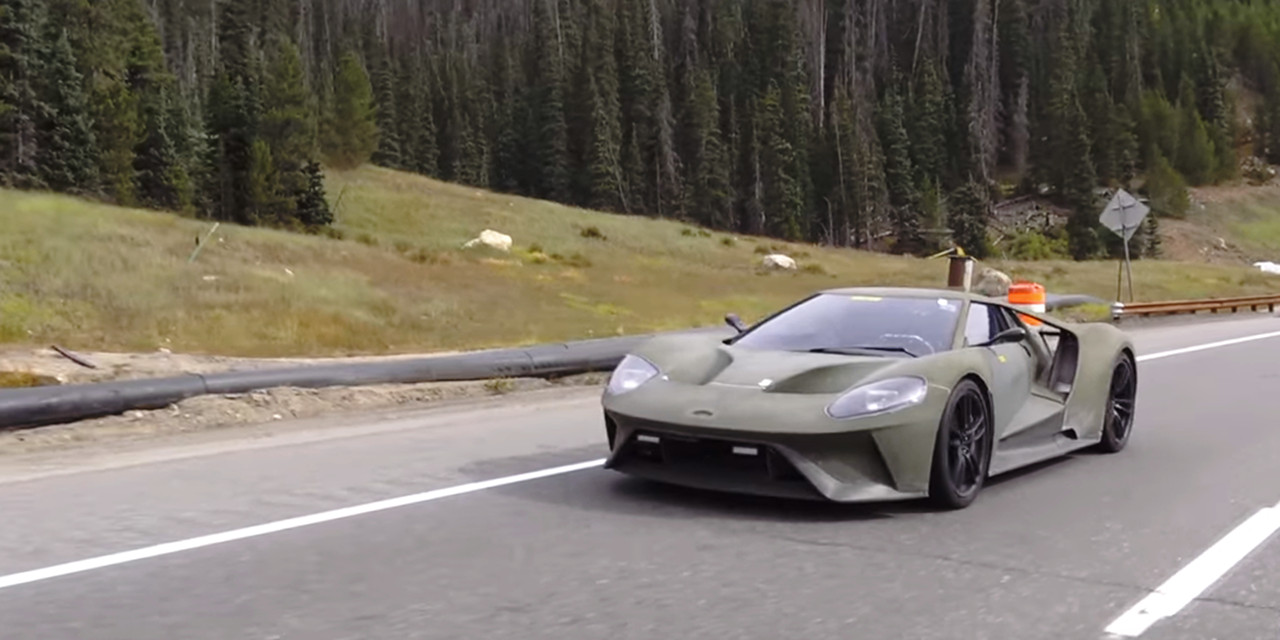 Last week, you may recall that we shared a video depicting two Ford GT development mules, each shod in matte olive drab, on the road in Colorado.

One of these prototypes has been captured again, this time by the folks at The Fast Lane Car, apparently doing some high-altitude testing in an unspecified location. The TFLCar guys followed the car over a long enough distance to put together a 6-minute video with plenty of shots of the militant-looking Ford GT, plus some insightful commentary that recapitulates what we know for sure.

One thing that TFLCar didn’t get around to mentioning is that it might be considered strange seeing these olive-drab Ford GT mules running around so close to launch. Remember: Ford previously said that the new supercar should start shipping to customers toward the end of this year. If the automaker is still finishing up development work on the car, we have to wonder whether they can stick to that timeline.

Sort of. While it’s true that the production Ford GT will share much with the race car that pulled off a class win at the 24 Hours of Le Mans this year, including its twin-turbo, 3.5-liter EcoBoost V6, tuning will differ between the two engines as Ford seeks to give road-going examples a broader, more practical torque curve. That, and of course road cars have emissions requirements not faced by their competition-spec counterparts.