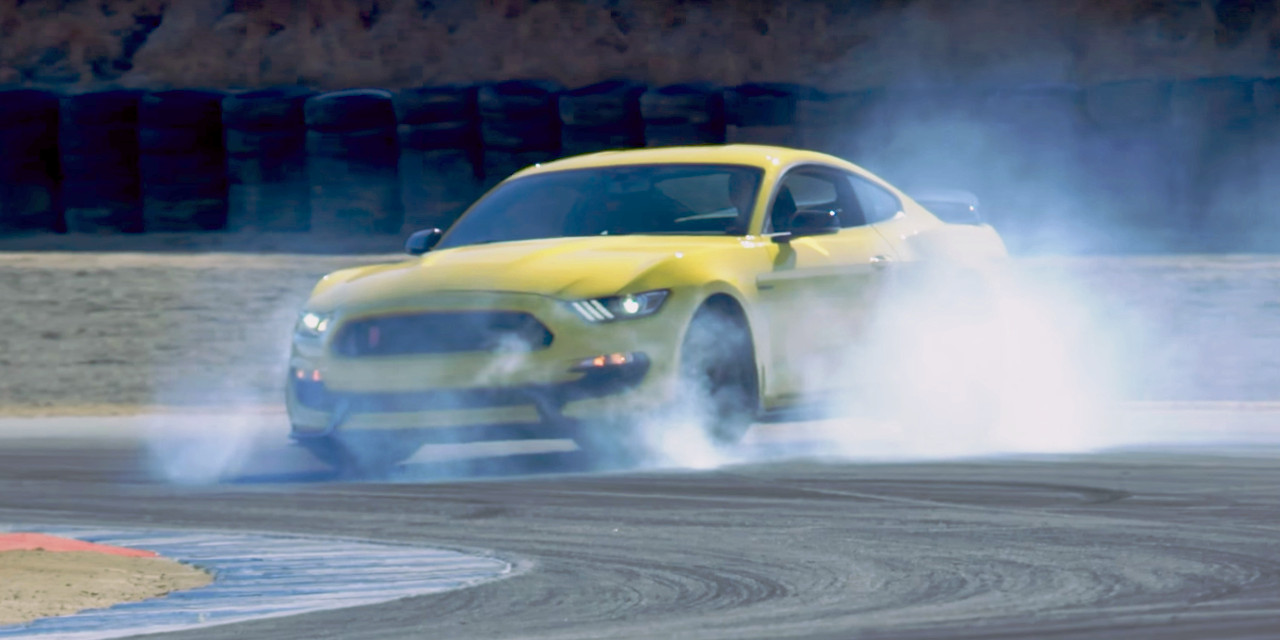 Motor Trend is getting ready to reveal its 2016 “Driver’s Car of the Year,” and for Ford fans, that means at least one friendly (or more rather, “angry, aggressive, but familiar”) face: that of the 2016 Ford Shelby GT350R Mustang.

In this video from Motor Trend, we get to climb aboard for resident hot-shoe Randy Pobst’s lap of Mazda Raceway Laguna Seca in the Shelby GT350R – a car about which Pobst says: “I am in love with [it]. It just works: the level of control, the balance, the stability without understeer.”

The 2016 Shelby GT350R Mustang makes do with the same 526-horsepower, flat-plane-crank V8 as found in the lesser GT350, coupled with tweaked aerodynamics and lightweight carbon fiber wheels. It does without rear seats, an exhaust resonator, or trunk sound-damping material. We had the chance to drive both the Shelby GT350R and its less-hardcore sibling at Road America last year, and we can say without a modicum of hesitation that it utterly and completely lives up to the hype.