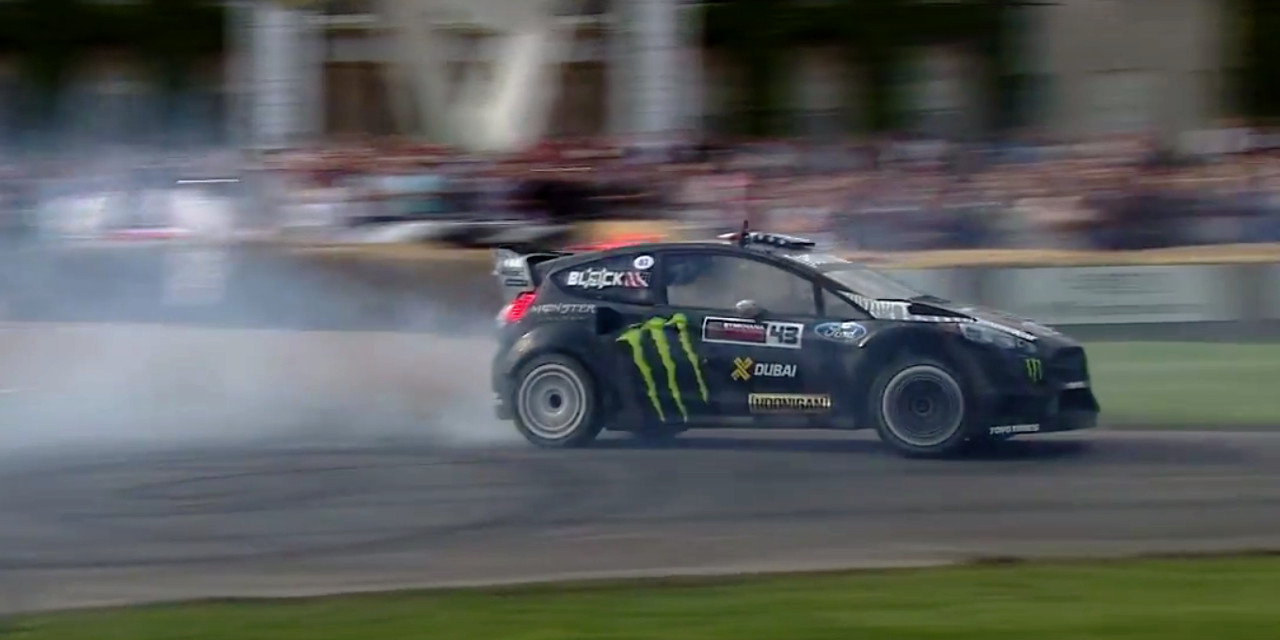 Surely we all remember Ken Block’s fabulous Goodwood Hillclimb run from earlier in the year, don’t we?

The professional rallycross driver and Gymkhana star in June brought his old Ford Fiesta ST RX43 out to the 2016 Goodwood Festival of Speed – a massive, annual event in the UK for lovers of high-performance road cars and racing machinery, which features a 1.16-mile hillclimb as its main attraction. And, in the classical “Ken Block” way, he let loose with a series of donuts, drifts, and general tomfoolery, which made for some pretty spectacular video.

Now, Goodwood Road & Racing has released more video from Ken Block’s hillclimb run, showing us a few unseen onboard angles captured by cameras mounted on the roof, along the righthand side of the car, and inside the cockpit. The latter angle is particularly informative, as it lets us see just how nonchalantly Mr. Ken Block can drive his old Fiesta rallycross car past the ragged edge.

If that doesn’t make you feel insecure as a driver, we don’t know what will.