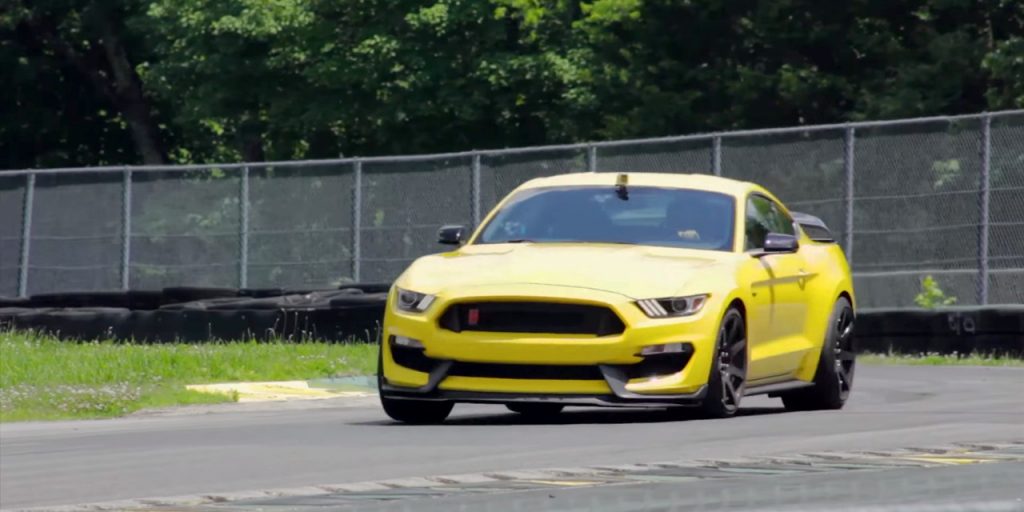 At Car and Driver‘s Lightning Lap 8 back in 2014, that year’s Chevrolet Camaro Z/28 lapped Virginia International Raceway in just 2:50.9 – exactly nine-tenths of a second faster than the 2016 Shelby GT350R Mustang did this year.

Let’s not allow this fact to tarnish our view of what is handily the supreme track-oriented Mustang model to-date.

For one thing, coming in marginally slower than the 2014 Z/28 doesn’t make the Shelby GT350R’s screaming 5.2-liter Voodoo V8 sound any less incredible. For another, as the editors at C/D themselves admit, much of the difference comes down to the performance of the cars’ respective tire options: Michelin Pilot Sport Cup 2s in the case of the Shelby GT350R, versus Pirelli P Zero Trofeo Rs on the Chevy.

And finally, one has to consider the number of amazing high-performance exotics that the Shelby GT350R Mustang has still managed to match or best around the corners of Virginia International.

So, it’s of no real use looking at the 2016 Shelby GT350R’s handful of losses at Car and Driver‘s Lightning Lap; the Mustang’s victories are much more illuminating.

Be sure to watch the Ford Shelby GT350R Mustang tackle the full Virginia International Raceway road course in the video above.