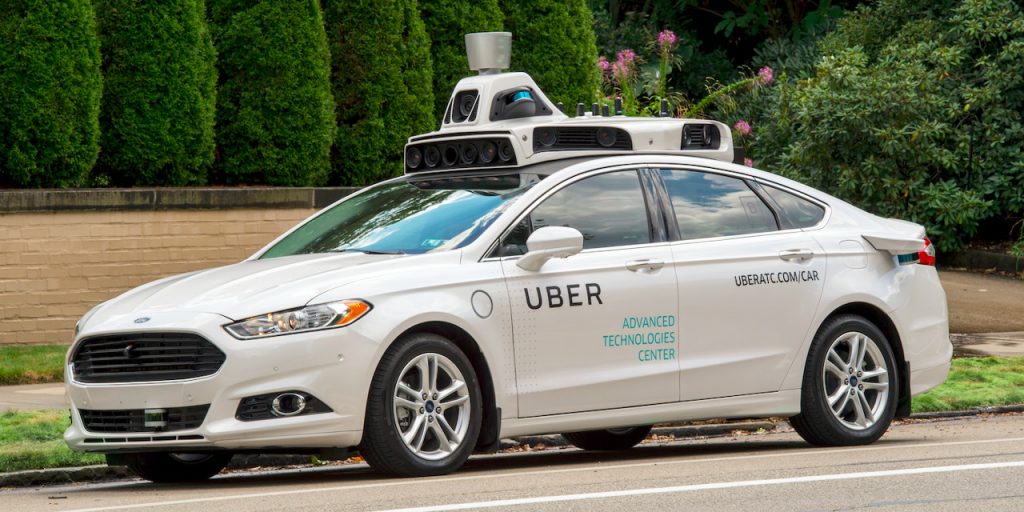 Uber’s fleet of four self-driving Ford Fusion sedans in Pittsburgh is small compared to the thirty-strong fleet that Ford itself will have by the end of this year.

Still, that Uber today started making its self-driving Pittsburgh fleet available for rides to some users means that the ride-hailing service has reached that milestone considerably ahead of Ford Motor Company’s 2021 projection, although there are obviously differences. Ford plans to build a fully-baked, volume-production self-driving car by that time, where Uber’s fleet is still both small in scale and very much experimental. Reuters reports that when its own editors went for a ride in Uber’s cars, a driver and an engineer were occupying the front seats to intervene as needed.

Uber’s long-term goal, of course, is quite like the one targeted by Ford: to offer a full fleet of self-driving vehicles for hire in multiple cities. To that end, the company has struck up a partnership with Volvo Cars, and established an “Advanced Technologies Center” in Pittsburgh populated largely by faculty and researchers from Carnegie Mellon University. The company’s self-driving cabs could replace much of its 1.5-million drivers in the coming years.

Uber’s self-driving Ford Fusion fleet, like the Blue Oval’s own test fleet, is equipped with 3D cameras, GPS, and LiDAR, all of which work together to map the driving environment in real time. Uber says that Pittsburgh is a good place to launch its first test fleet because it’s “the double black diamond of driving,” according to Advanced Technologies Center Director Raffi Krikorian, featuring narrow streets, elevation changes, seasonal road challenges, potholes, and more than 400 bridges city-wide.