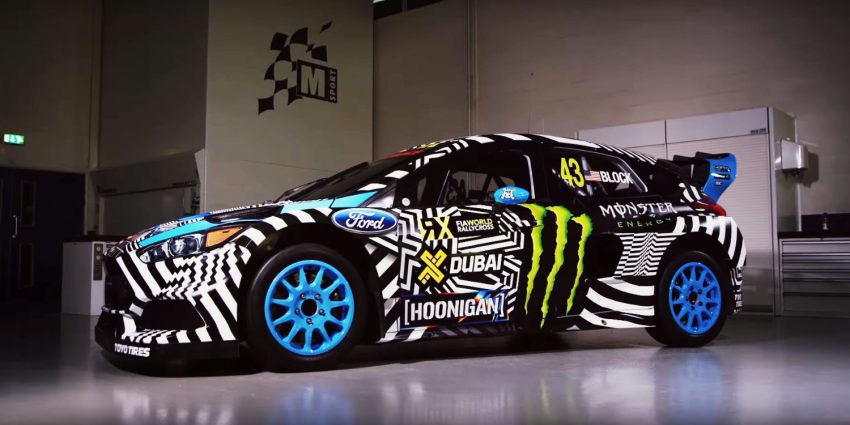 Earlier this year, when Ken Block’s Gymkhana 8 was released online, we were introduced to the idea of the Ford Focus RS RX – a new, competition-spec rallycross car born out of a cooperative effort between Ford Performance, M-Sport, and Hoonigan Racing Division.

Shortly after this initial sneak peek, we were watching the Focus RS RX get thrashed about in-preparation for this year’s FIA World Rallycross Championship series. Shortly after that, Ken Block and Andreas Bakkerud were regulars on the WRX grid, with the former driver piloting his No. 43 car to its first podium finish in Germany back in May. And most recently, the Focus RS-based rallycross car starred in Gymkhana 9 – the latest installment in Block’s popular driving video series, which has already amassed more than 4.5 million views (at the time of this writing) since its release on Tuesday.

Clearly, there’s been a lot of blood, sweat, and man hours contributed since the Focus RS RX was first conceived, but Ford’s managed to boil all that down into the one-minute montage embedded above. Check it out to see Ford’s latest and greatest rallycross car go from sketch to paddock in about 63 seconds.