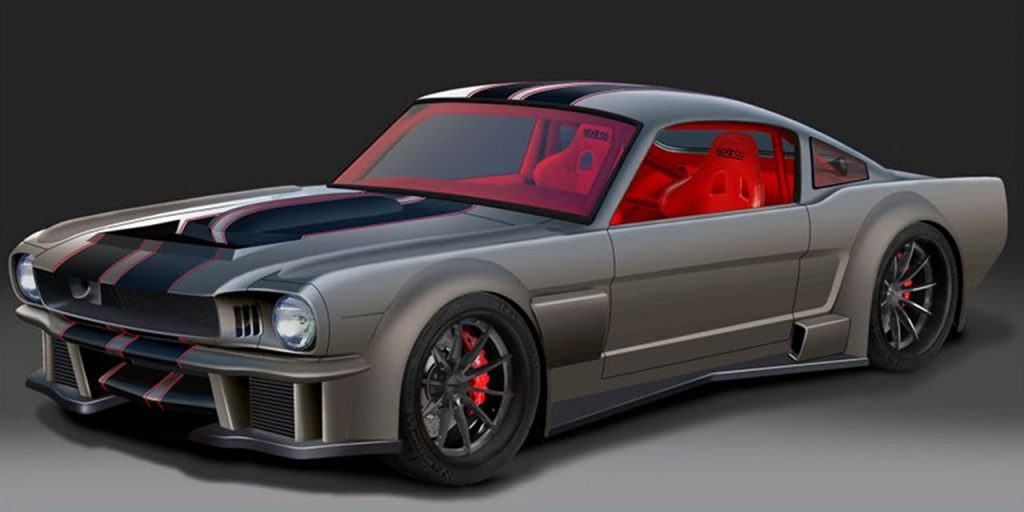 The performance-exhaust gurus at MagnaFlow are pulling out all the stops for next month’s annual SEMA Show in Las Vegas, with plans to display not only the crazy, custom Batmobile from Batman vs. Superman (2016), but also an equally mental, 1,000-horsepower Ford Mustang named “Vicious.”

We don’t have the full details on “Vicious” just yet, but you can get an idea of what it will look like from the image above. It seems to be based on an early (19641/2 through 1968) Ford Mustang fastback, with some aggressive custom body panels like a vented hood, vented front fenders, and a complex front fascia. The interior is bright red – almost garishly so, except that we dig it – with racing buckets and a cage.

Beside displaying what is arguably the coolest Batmobile yet, alongside a positively bonkers Ford Mustang build, the MagnaFlow booth at the 2016 SEMA Show will feature Forza Horizon 3 racing simulators, as well as “MagnaFlow Ambassador” autograph sessions, where showgoers can stop by to get signatures from the likes of Vaughn Gittin Jr., Mario Andretti, Richard Petty, and others.