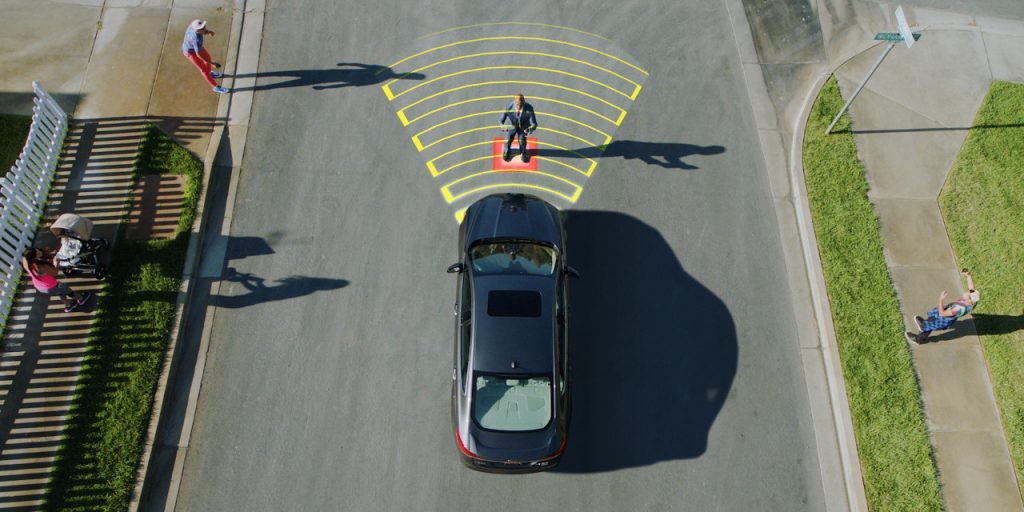 In the digital age, human distraction is an issue of growing concern to automakers – not only when it occurs behind the wheel, but when it happens in front of the vehicle, as well. Citing data from the NHTSA, Ford says that a pedestrian is injured in a motor vehicle accident every eight minutes, and the rise in frequency has a lot to do with texting-while-walking.

But Ford has devised a way to combat the increasing number of pedestrians injured by vehicles: a new Pedestrian Detection system that debuted (in North America) on the refreshed, 2017 Ford Fusion sedan. It’s part of the car’s available Pre-Collision Assist feature, and it uses the same RADAR and camera technology to try and sense when there is a pedestrian – perhaps an oblivious one – in the path of the vehicle. If one is detected, a warning is issued; should the driver fail to take the appropriate action, the system can apply the brakes automatically.

In order to be able to pick out the profile and movement of a human in the vehicle’s path, the engineers behind the Ford Fusion’s new Pedestrian Detection system had to do a lot of experimenting. Ford says that more than 240 terabytes of test data – roughly 20.4 trillion books’ worth – were used to develop the system. Twelve test vehicles equipped with the system drove a combined 500k miles around Europe, China, and the United States, logging about 473 days of data.

Unfortunately, for now, the Ford Fusion’s Pedestrian Detection system is no replacement for an attentive driver, and only functions properly in clear daylight, at up to 50 mph. Ford is hard at work developing advancements that will allow the system to function in the dark, and to recognize a broader array of different scenarios.