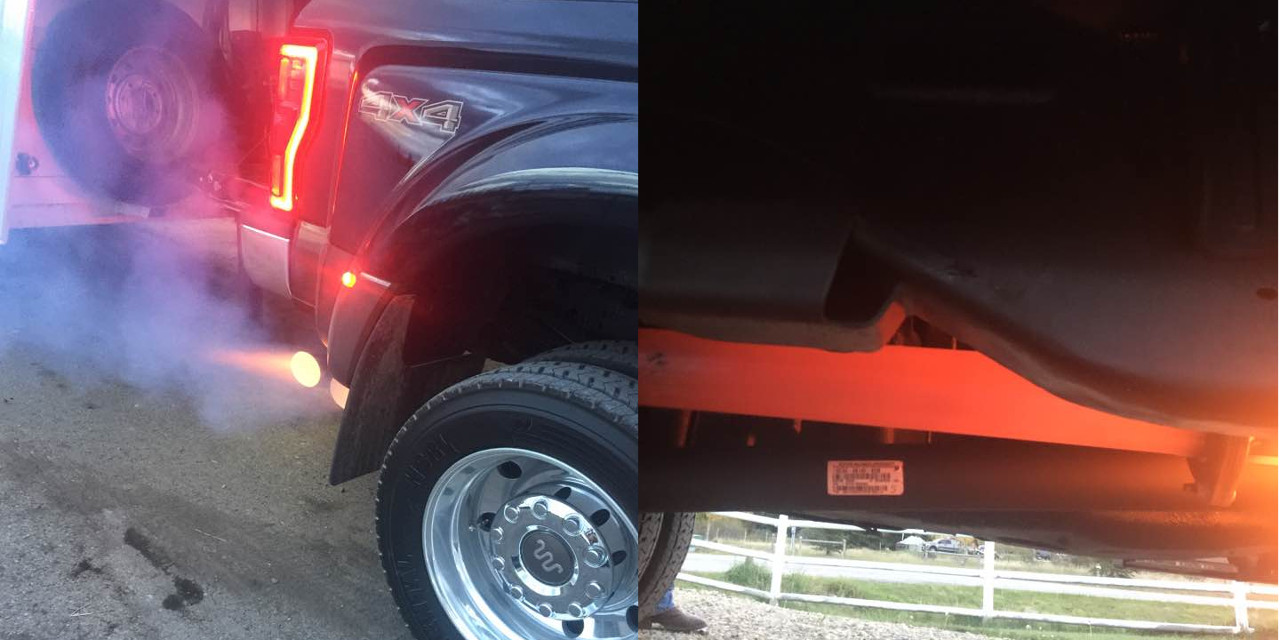 A woman in Alberta, Canada has returned her brand-new Ford F-450 Super Duty King Ranch over a defect which caused it to shoot flames out of the tailpipe.

We’re not talking about the occasional ball of fire, mind you, but a constant, sustained burn emanating from the exhaust tip.

Jalopnik contacted Ms. Shields, who said that a mechanic determined the problem with her Ford F-450 had been caused by a “turbo hose [that] blew off,” causing raw fuel to be dumped into the exhaust. We’re uncertain what hose the mechanic could have been referring to. Ford Canada later issued a statement saying that the condition was “caused by an incorrect repair after the truck was produced.” Ford offered Ms. Shields a free repair under warranty, but she opted to instead return the new Ford F-450 for a refund through her dealer.

Ford denies that the exhaust flame issue exhibited by this brand-new Ford F-450 is by any means indicative of a fault within the truck’s design or production, but Jalopnik points out that it is rather reminiscent of a problem with 2008 Ford Super Duty diesel trucks that resulted in a recall. That issue was caused by fuel or oil getting into the DPF (Diesel Particulate Filter), and then igniting in the tailpipe during regeneration.

On the other hand, a number of people on social media have accused the owner of simply making the mistake of putting diesel in the DEF (Diesel Exhaust Fluid) tank.

Back To Black: How Ford Returned To Profitability In Europe