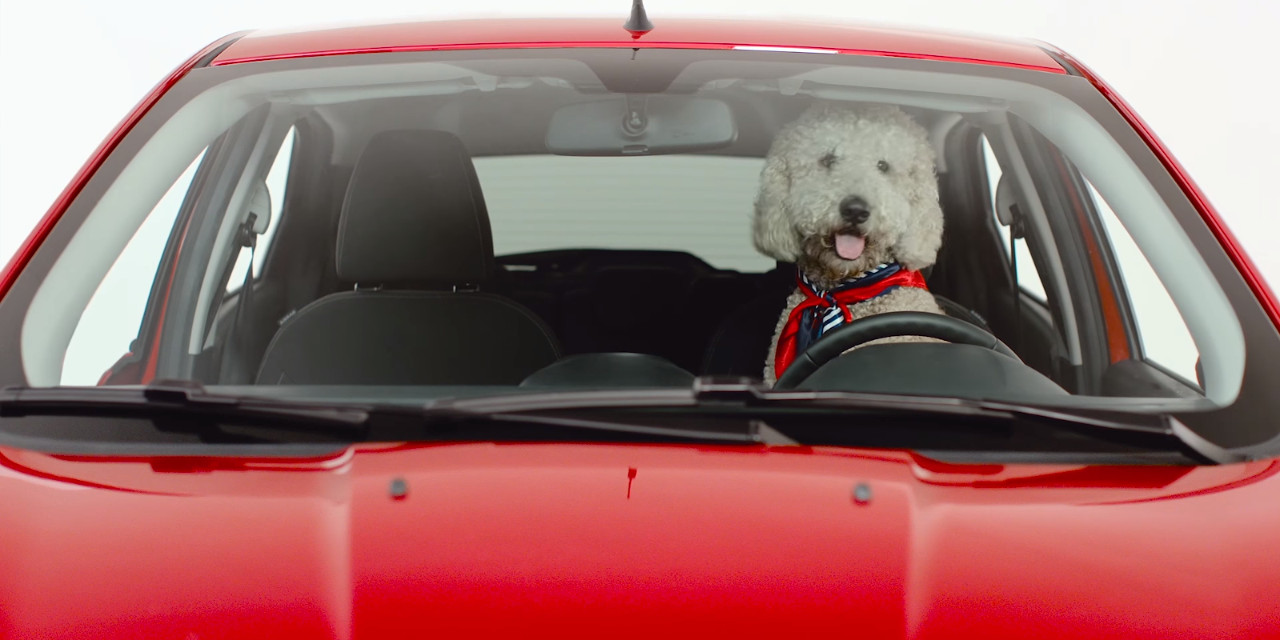 In a strange, unforeseen turn of events, Ford Europe has started marketing the new Ford Ka+ small car to canines. How else does one explain the above ad, which stars an oversexed French poodle named Emmanuel Bark, and is clearly not targeted at a human audience?

The Ford Ka+ was just unveiled earlier this year, in June. Unlike the preceding Ka city car, which was built on a Fiat platform, the new model has grown enough to move up into the subcompact (a.k.a. “B-segment” or “supermini”) space, thanks to the same global B-car platform underpinning the Fiesta. In fact, the Ford Ka+ effectively replaces the lower trim levels of the Fiesta – which explains the presence of an older iteration of Ford’s SYNC infotainment in this advertisement.

Even still, as the commercial demonstrates, Emmanuel the randy poodle is able to place a call, leave a voice message, and listen back to received text messages with the Ford Ka+’s dated infotainment system. Still more tech features are available on the higher-priced Zetec trim level, such as heated front seats, heated and power-folding wing mirrors, and rear parking sensors, the last of which is also alluded to in this ad.

The Ford Ka+’s £8,995 starting price makes the new subcompact a good value, and certainly puts it within easy reach for most European buyers – human European buyers, that is.