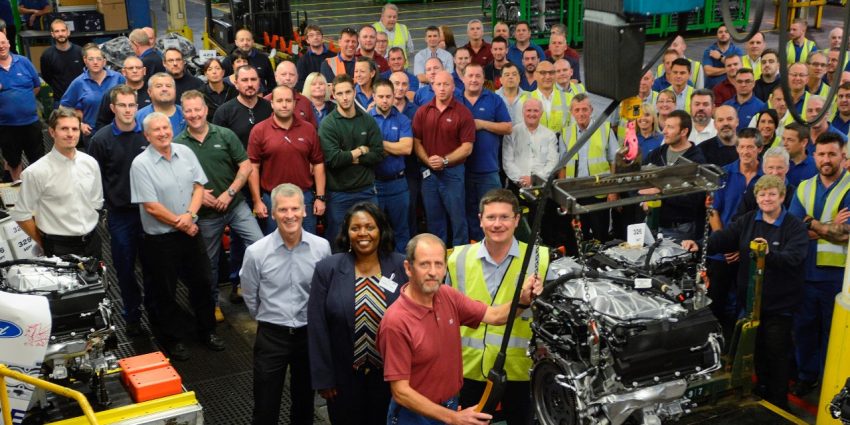 Ford’s Bridgend Engine Plant in Wales last month achieved a major milestone, building its 20 millionth engine since the factory first opened its doors in September, 1979. Ford Europe VP of Manufacturing Linda Cash was in attendance to mark the momentous occasion.

“Bridgend has a proud record of high-quality engine production and I’m delighted to celebrate this significant milestone with the team that builds them,” she said. “Today the plant builds a range of high-tech EcoBoost products, and we continue to invest in Bridgend, with the plant confirmed to build the next generation of fuel-efficient petrol engines.”

The Ford Bridgend Engine Plant’s very first product was a CVH (Compound Valve-angle Hemispherical) four-cylinder for the third-generation Ford Escort. Today, the plant builds 1.5-liter and 1.6-liter EcoBoost engines, as well as six- and eight-cylinder engines, at a rate of about 3,400 engines per day – one engine every 25 seconds, on average.

Ford plans to invest at least another £100 million into the Bridgend Engine Plant to enable it to build an all-new family of efficient petrol engines, slated to enter production in 2018.