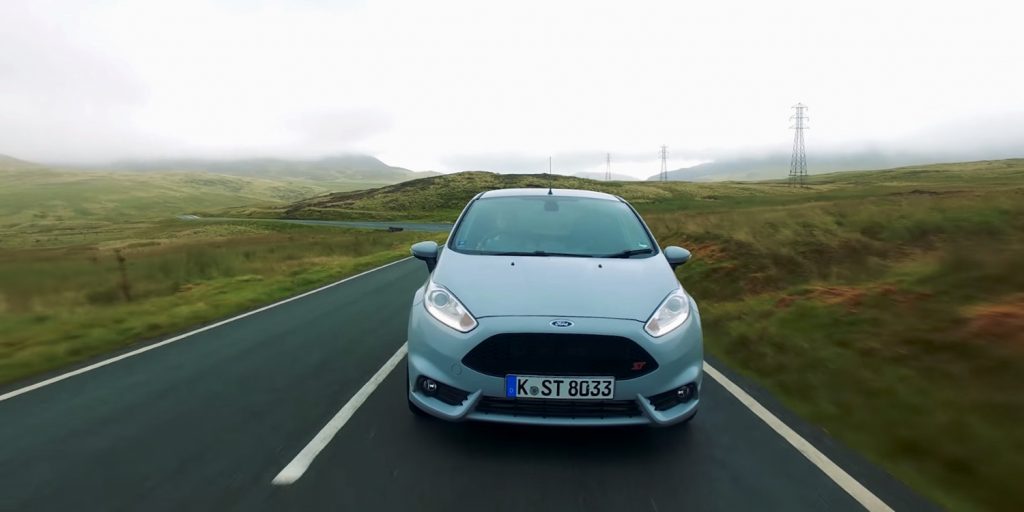 What four-wheeled machine offers UK buyers the most fun for less-than £25,000?

That’s the question that the UK’s Autocar set out to answer in a recent comparison test, and it gets weird. The editors of that publication apparently feel that the top-of-the-line, 2017 Ford Fiesta ST200 is so much fun that the only true competitors with respect to fun-per-dollar are a rally-prepped electric hatchback and a 270cc go kart.

The electric rally car in-question is the eRally Renault Zoe, which features a 90-horsepower electric motor driving the front wheels – the same as the regular production model. It’s around 100kg lighter than the road car on which it’s based, thanks in-part to a stripped-down interior, and it features neutral, capable handling thanks to some suspension modifications. The car’s builder, eRally Motorsport Ltd., hopes that the electric Renault will find its way into a junior rally racing series with a price tag of just £10,000.

Meanwhile, in the other corner opposite the Ford Fiesta ST200 is the Le Mans Honda GX270 four-stroke go kart. It features all of 13.5 horsepower, according to Autocar, but its low curb weight of course means that the power has less to overcome, and slick tires help to apply it all to the pavement.

That said, it’s still a go kart, and not exactly the most natural of competitors to the Ford Fiesta ST200.

So what machine offers the best bang for your buck in the sub-£25,000 category? Watch the video to find out.