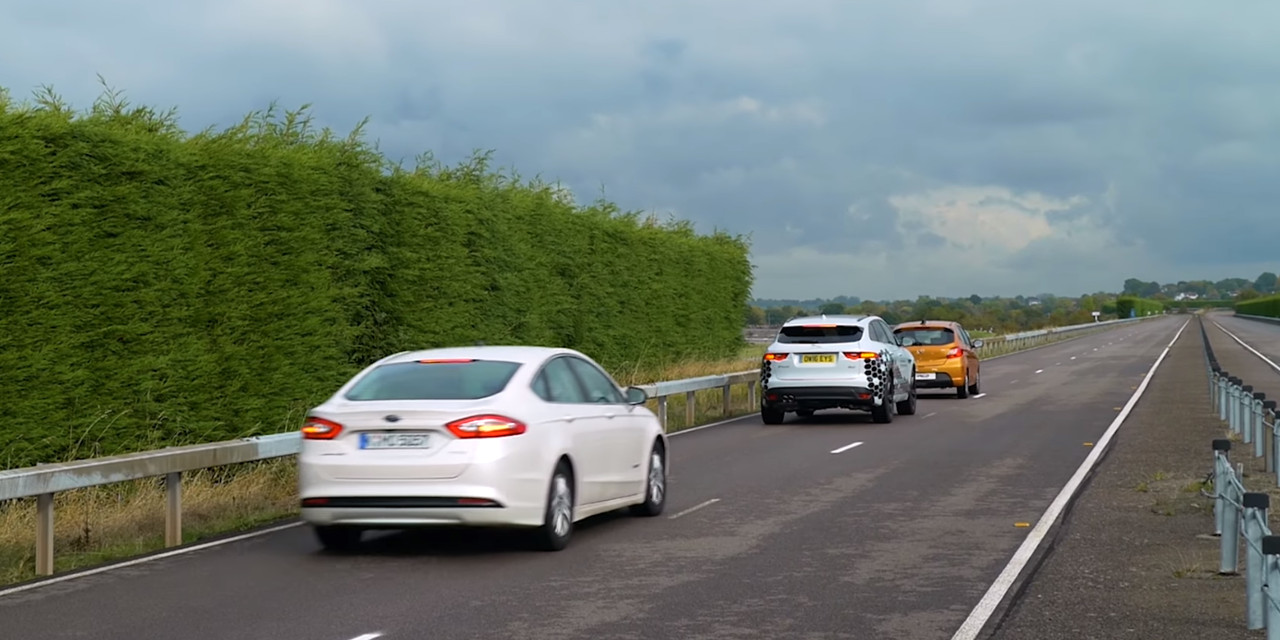 A new video from Ford Europe published earlier in the week demonstrates some of the automaker’s recent efforts testing vehicle-to-vehicle (V2V) and vehicle-to-infrastructre (V2I) communication – technology which could come to play a major role in the future of automotive safety and efficiency when its implemented on mainstream passenger cars.

As the names imply, V2V means wireless communication between two or more vehicles, while V2I means communication between the vehicle and the traffic infrastructure – for example, traffic lights. A vehicle networked with both other vehicles and the road could be made far safer than non-networked cars as it could receive advance warning of upcoming obstacles, such as a stopped car farther down the road or a traffic light about to turn red. The vehicle could use this information to alert the driver or prompt the use of active safety features like automatic braking.

In the video above, we hear from Ford Driver Assist Technologies Supervisor Christian Ress, and we witness two applications of the technology in a Ford Mondeo Hybrid. The first demo shows an emergency brake alert that informs the driver if the vehicle ahead is braking suddenly – perhaps not the most invaluable application for the technology, given the existence of similar RADAR alerts in use today, but cool nonetheless. The second demo shows how, by receiving traffic light information, the vehicle can plan an optimal travel speed to avoid being caught at red lights up ahead.

Beside providing some obvious convenience and reducing the risk of the driver having to stop suddenly for a red light they hadn’t expected, this application of Ford V2I technology might also help fuel economy, as it could reduce the total number of stops made by the driver. Even in a hybrid, braking and hard acceleration are the two biggest enemies of efficiency.