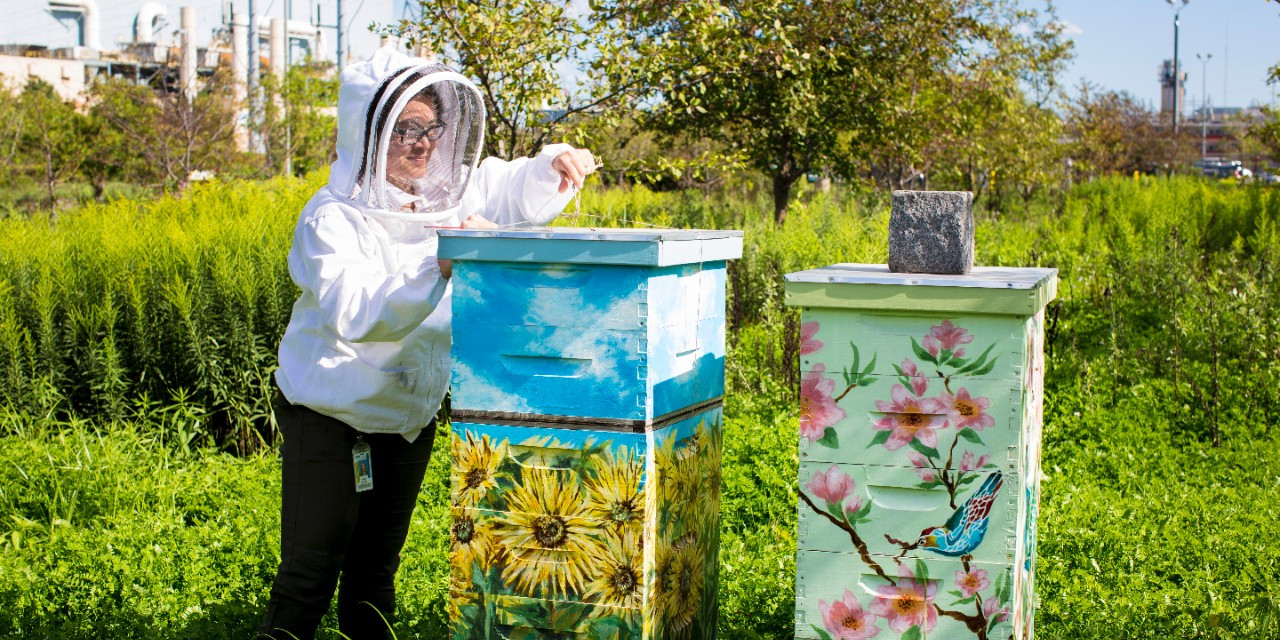 It’s no secret that in the United States, the honeybee population is in decline. Due to a combination of factors, including the widespread use of pesticides and the prevalence of parasites, US honeybees have been dying off at an alarming rate for the pat three decades.

Ford Motor Company is helping to fight that trend by keeping a population of around 80,000 honeybees buzzing about the Ford Rouge Complex. In the video above, we get to meet engineer Mary Mason, who’s been “Ford’s unofficial beekeeper for three years,” she says. Every few weeks, she observes the bees to make sure that they’re healthy and still bringing in pollen, much of which they get from the Rouge Complex’s “living roof” – one of the largest in North America.

“I think it’s wonderful Ford is so environmentally connected, and that officials are interested in how the company affects its community,” says Ms. Mason. “I just love that they’re letting me keep the bees here. It’s important they’re protected.”

Apart from producing honey, the bees are also responsible for about a third of all crop pollination in the United States, making them critical to the agriculture industry. According to research from the US Department of Agriculture, managed honeybee colonies contribute at least $15 billion every year to US agriculture through increasing crop yields and improving crop quality.

The Ford Rouge Complex’s honeybee colony was started in 2003 as part of an initiative to make the facilities more green-friendly and sustainable.