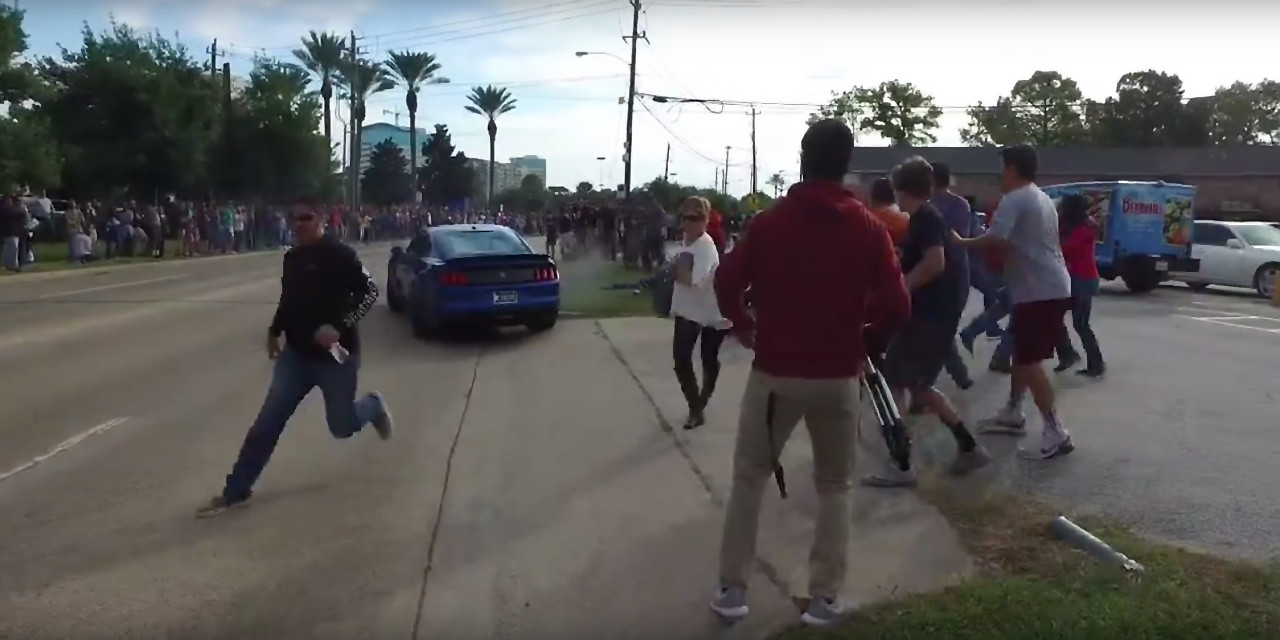 Were the Ford Mustang a factory, it might have one of those “— Days Since Last Accident” signs that would never get too far above zero.

The most recent video of gratuitous pony car-nage that we’ve found, captured outside of a cars and coffee meet in Houston, Texas, is particularly tragic in that it involves a current-generation Shelby GT350 Mustang. The clip above shows the Shelby GT350 in its last pre-incident moments as the driver tries to exit the meet with a flourish, and ends up losing control. The car breaks traction and pulls hard to port, looking like it could easily collide with a pack of onlookers were it not for the curb.

Thankfully, the body of this Shelby GT350 Mustang looks intact after the crash; any resulting damage to the car is likely limited to the wheels and suspension. Even more thankfully, there is nothing in the video to suggest that anyone was seriously hurt. Things could have ended much worse.

We rather like the angle from which the above video was shot, but sadly, it has no audio. So for those stout of stomach, here’s the same Shelby GT350 crash from a different angle, with sound intact: