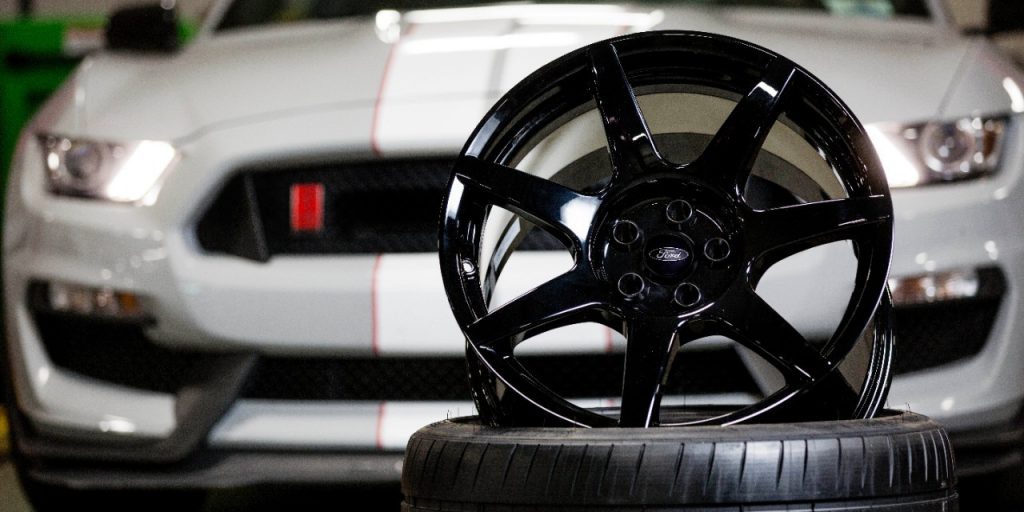 When the new Ford Shelby GT350R Mustang was first unveiled at the 2015 Detroit North American International Auto Show, it was announced that the more focused, hardcore brother of the Shelby GT350 would ship with the first carbon-fiber wheels ever deployed on a volume-production passenger car.

Thanks to their light weight, the carbon wheels have more than their fair share of advantages. Less unsprung mass at each corner means faster suspension response; their lower rotational inertia compared to, say, alloy wheels of the same shape and size means faster directional changes and quicker acceleration.

For those reasons and more, the carbon-fiber wheels on the 2015+ Shelby GT350R have won a 2016 “Best of What’s New” award from Popular Science.

“The ‘Best of What’s New’ awards honor innovations that shape the future,” says Popular Science Executive Editor Kevin Gray. “From life-saving technology to incredible space engineering to gadgets that are just breathtakingly cool, this is the best of what’s new.”

According to Ford, each of the Shelby GT350R’s carbon wheels is insulated with a ceramic thermal barrier coating similar to that used on the NASA space shuttle. Each also manages to shave about 15 pounds compared to an equally-sized alloy wheel, for a total weight reduction of roughly 60 pounds.