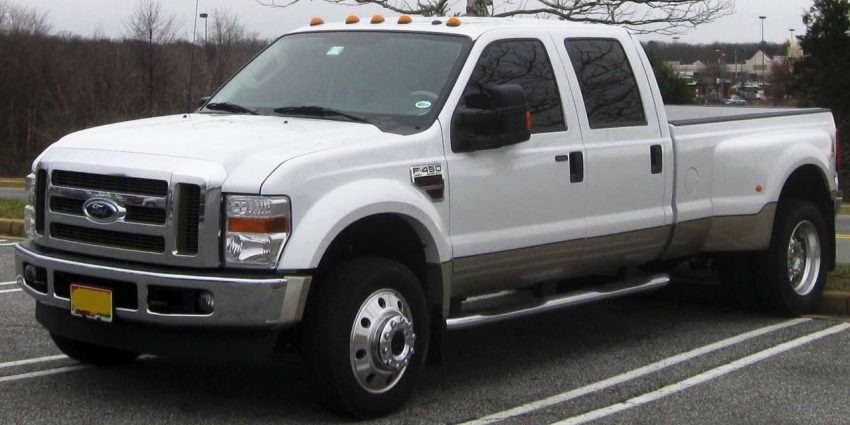 A white, 2004 Ford F-450 Super Duty loaded with some $40,000-worth of tools and construction equipment was reported stolen in Indianapolis, Indiana yesterday, according to local news affiliate RTV6. The theft is thought to have occurred sometime between 2am and 7am that day, and demonstrates once again that the Ford Super Duty is a prime target for thieves in North America.

RTV6 chalks the Ford Super Duty‘s popularity among thieves up to the demand for their parts – especially engines and catalytic converters. However, we suspect that the relative ease with which the trucks can be taken is also a contributing factor.

The stolen 2004 Ford Super Duty is the rightful property of ADC Concrete out of Union City, Ohio, and was taken from a Super 8 Motel on S. Emerson Avenue in Indianapolis. RTV6 reports that upon reviewing stolen vehicle reports from just the past week, they turned up four other cases of Ford F-Series trucks being stolen in the city, including two F-150s and two Ford Super Duty models.