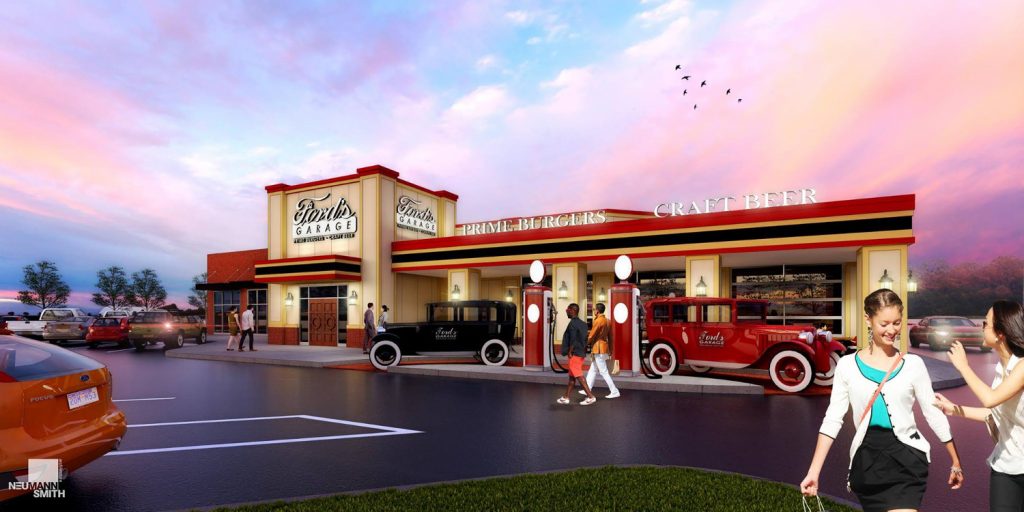 Florida-based restaurant chain Ford’s Garage is expanding into Dearborn, Michigan next year, with the opening of a new, 13,000-square-foot, Ford-themed location in the spring.

Eater Detroit reports that the restaurant is being constructed on Michigan Avenue in Ford Motor Company’s home town, and will feature seating for as many as 200 patrons, as well as a banquet room and cafe. Like other locations, this Ford’s Garage will likely be filled with classic Ford vehicles, circa 1920s service station decorations, and an extensive beer list. The menu includes items such as build-it-yourself “Assembly Line” burgers, sliders, macaroni and cheese, and alcoholic milkshakes.

Ford’s Garage will hardly be the first restaurant of its kind in the Metro Detroit area, according to Eater Detroit; both Vinsetta Garage in Berkley and Red Crown in Grosse Pointe Park are food joints in very much the same vane, opened in the 2010s to cater to auto history-loving foodies.