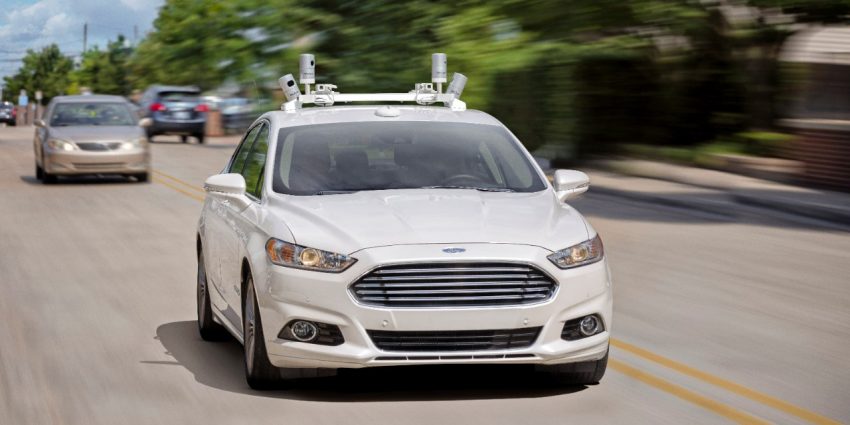 The refreshed, 2017 Ford Fusion sedan “is like a smartphone with wheels,” says a recent advertisement, thanks to its adoption of Ford’s new SYNC 3 infotainment system.

That characterization may be a bit of an exaggeration, but it communicates a very important reality: automobiles are picking up new tech at a rapid pace. Today, much of it is in the form of gadgets that enhance the user experience; in the fully-autonomous cars of tomorrow, those gadgets could take on an even more prominent role. Both scenarios present their own, unique challenges to vehicle designers.

To see how Ford is planning ahead for automotive design in the future, The Verge spoke to Ford Vice President of Design Moray Callum, who’s been a designer at Ford since 1995 (minus a 5-year stint at Ford’s then-partner Mazda in the early 2000s). He moved into his current role in 2014.

Mr. Callum told The Verge that “the big [design] challenge [today] is the user interface, in terms of how much technology we’re putting into the car and that we’re mandated to put into cars. How does [technology] interact with the customer in a seamless and comfortable way? … Good design is all about problem solving, but the problems change. [It’s not just about] creating solutions to problems, but it’s creating attractive solutions. Not just attractive aesthetically, but in the usability sense.”

Later on in the interview, the Ford VP of Design elaborated on this point, saying: “You can’t just say put an iPad in the car and let that become the user interface. By definition [an iPad] is supposed to be engaging and entertaining, but it can’t be that [in a vehicle] because we need it to be non-distracting as well. There’s a different set of rules there.

“And then when you get to autonomous vehicles, it could return to be entertaining again. We need to come up with solutions that guarantee people’s safety and security before we can say that we can do something else. People are concerned with allowing the customer total freedom. But I think we’ve stopped saying it’s never going to happen now… The next 10 years in this business is going to be the biggest change and challenge since the turn of the last century when cars took over for horses – to me it’s that dramatic.”

For the full interview, which includes a fascinating glimpse into Mr. Callum’s thoughts regarding the future of the car as a “reflection” of the owner, head on over to The Verge.