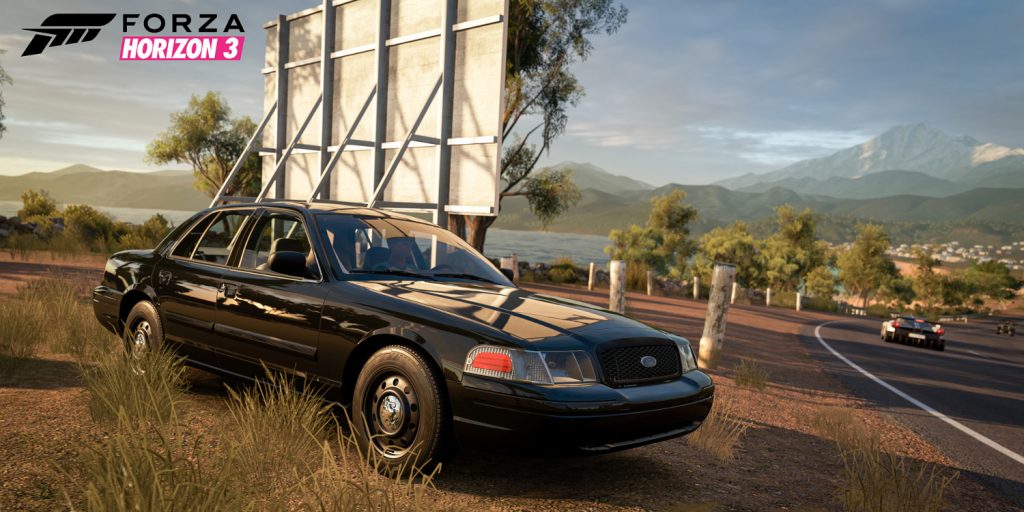 Ranking right up there alongside “firefighter” and “army commando”, “police officer” is likely among the most popular responses offered by young boys when asked: “What do you want to be when you grow up?” That fixation with sirens, car chases, and the hot-blooded pursuit of justice even follows a lot of us into adulthood, no doubt.

Now, the studio behind the just-released Forza Horizon 3 video game is offering a way for those would-be-cops to live out their repressed law enforcement fantasies without having to take an oath to serve and protect, by adding the 2010 Ford Crown Victoria Police Interceptor to the lineup of vehicles available in-game.

The 2010 Ford Police Interceptor is available as part of “The Smoking Tire Car Pack,” the first of six Car Packs to be released monthly for the new game. The downloadable content (DLC) can be purchased for $7 through the XBox Store, or unlocked with a $29.99 “Car Pass” purchase. Owners of the “Ultimate” version of Forza Horizon 3 get all six Car Packs for free.

While taste is a subjective thing, we think the Ford Crown Vic Police Interceptor is an awesome addition to the FH3 lineup for a number of different reasons. It’s a full-size, rear-wheel-drive sedan powered by a big ole V8, for one thing, and it was the last true body-on-frame sedan produced in North America, making it a throwback to a bygone era. Plus, the early models had a bench seat up front, which is kind of sweet.