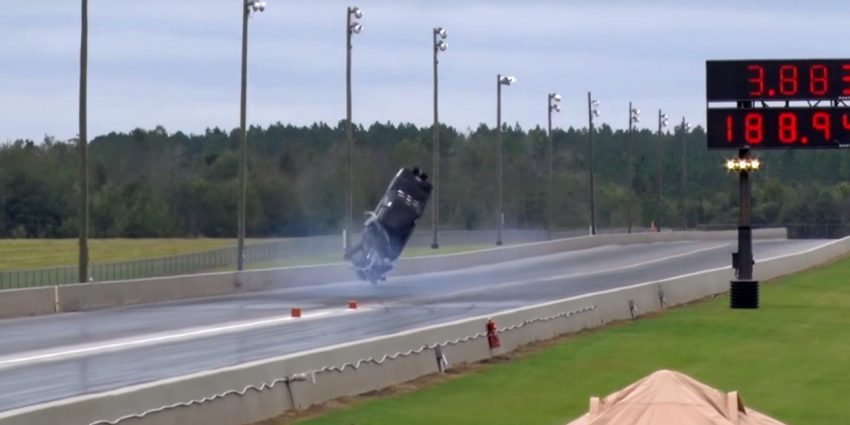 With any luck, this is the hardest thing you’ll have to watch all day.

A clip published to YouTube by 1320Video last week shows a twin-turbocharged, small-block-powered, Fox-era Ford Mustang get tossed about by the wind after an otherwise perfect quarter-mile run. The pony car turned in an impressive 3.883-second sprint, passing the trap at 188.94 mph before getting a bit sideways, catching the wind, and being thrown straight up like a child’s plaything.

Thankfully, driver Marty Stinnett was left unharmed by his Mustang’s spectacular crash, which took place during round 3 testing at the No Mercy 7 event at South Georgia Motorsports Park. The same can’t be said for his Fox Mustang drag car, which was thrown with enough force that the rear diffuser was ripped off the car and a turbocharger was sent flying down the track.

Be sure to check out this crazy quarter-mile Mustang wreck for yourself in the video above. Just try not to lose your lunch.