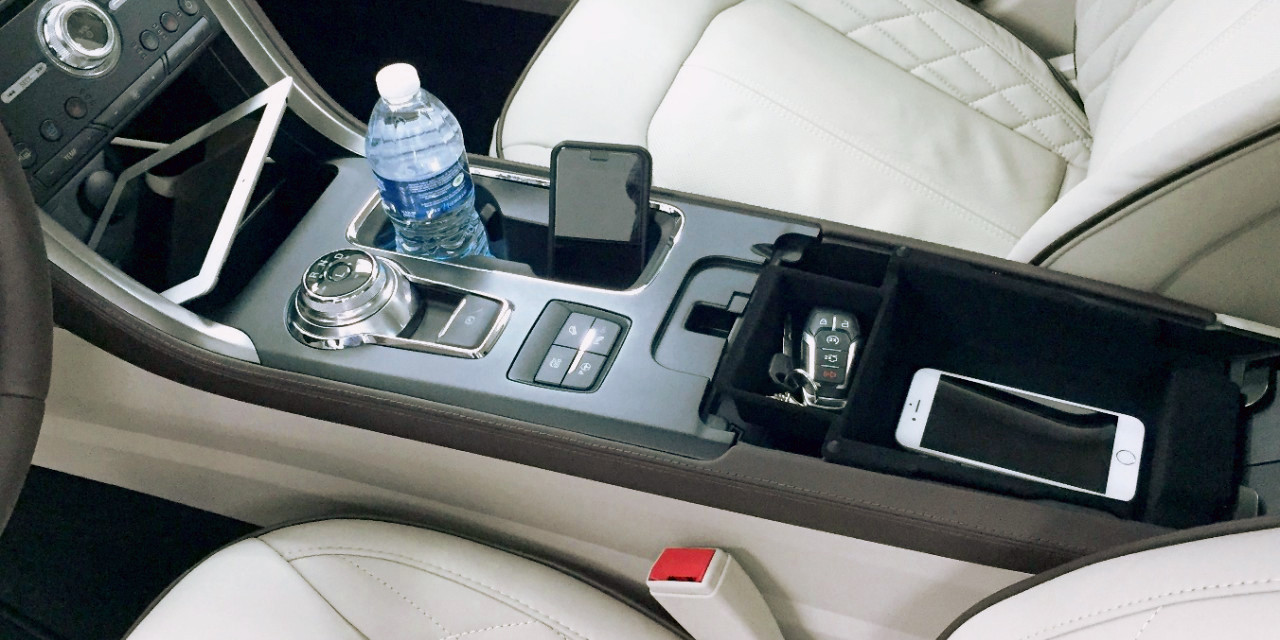 Electronic devices are everywhere. According to a Pew Research study cited by Ford, about one in three US adults now has a smartphone, tablet, and computer, representing a 140-percent increase over the last three years.

To help consumers accommodate all that junk, Ford rethought the interior design on the refreshed, 2017 Ford Fusion. A new rotary gear-selector switch replaces the old, lever-style shifter in the new car, helping to create 59-percent more storage space in the center console. The main storage bin itself has swelled by 4 liters, and a new phone pocket has been added behind the media bin under the infotainment system.

“Without the larger base of the traditional shifter, there was much more room for us to add features that are important to the Fusion customer, like storage and connections,” says Ford Fusion Ergonomics Engineer Hani Badawi. “We were able to shuffle around the driver-assist controls to the base of the shifter, along with the electronic brake, for a more intuitive arrangement for the customer, as well as providing a longer armrest for significantly improved elbow comfort for drivers.”

The rotary shift knob also allowed Ford to relocate the cupholders in the 2017 Ford Fusion, which are now placed fore and aft instead of side-by-side behind the shifter. This puts drinks within easy reach for 95-percent of the population, says Ford, while eliminating the problem of drivers accidentally bumping drinks while using the shifter.

Other changes to the Ford Fusion’s interior include a slimmer A-pillar that improves forward visibility, and a larger footrest that can accommodate a wider variety of foot sizes.