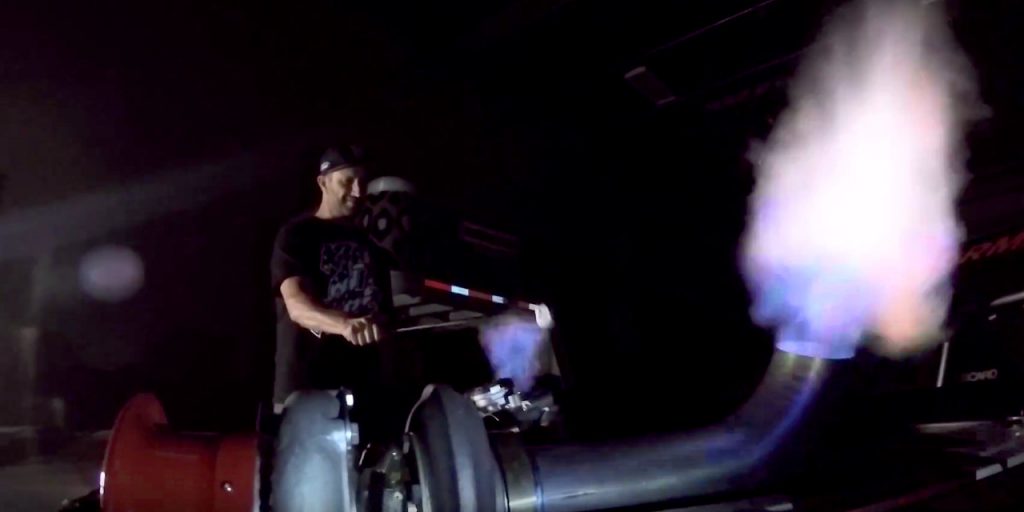 Years ago, at a 24 Hours of Lemons race, I met a man from suburban Chicago who originated the Carbeque: a frequent Lemons contender made from a $400 1989 Saab 900 that would grill ribs over the hot exhaust manifold as it raced around the track. “Surely,” I thought, “this is the only car in the world that can make food in the course of doing its usual thing.”

It turns out I was wrong; Hoonigan just put out a video this week wherein rallycross driver and celebrity Ken Block cooks a marshmallow over the flames spat out by his Hoonicorn V2’s massive Garrett turbochargers. Granted, it’s perhaps best to try and consume as little gasoline – or in this case, methanol – as humanly possible on account of its toxicity. We don’t recommend trying this at home.