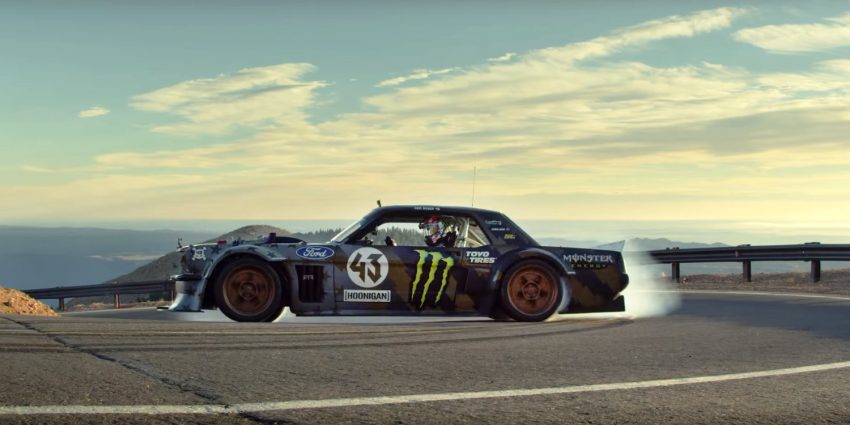 At the time, Mr. Block said only that the potent, all-wheel-drive pony car had been upgraded because it “needed more power” for an upcoming project with sponsor Toyo Tires. Now, we finally know what that project is.

According to Toyo Tires, Climbkhana is the name of a new web video series planned for the summer of 2017. The trailer above grants us a preview of what’s to come, at least in the first chapter, as Ken Block pits the new Hoonicorn V2 against the legendary Pikes Peak in Colorado. That’s the site of one of the most notorious hillclimbs in all of motorsport, which follows a public road more than 12 miles up the side of the mountain to its 14,000-foot summit.

We have a long wait ahead of us before we get to enjoy watching Ken Block scale Pikes Peak in his reborn, 1,400-horsepower Hoonicorn Mustang. In the meantime, we’ll go ahead and put this trailer on repeat until we’re (temporarily) sated.