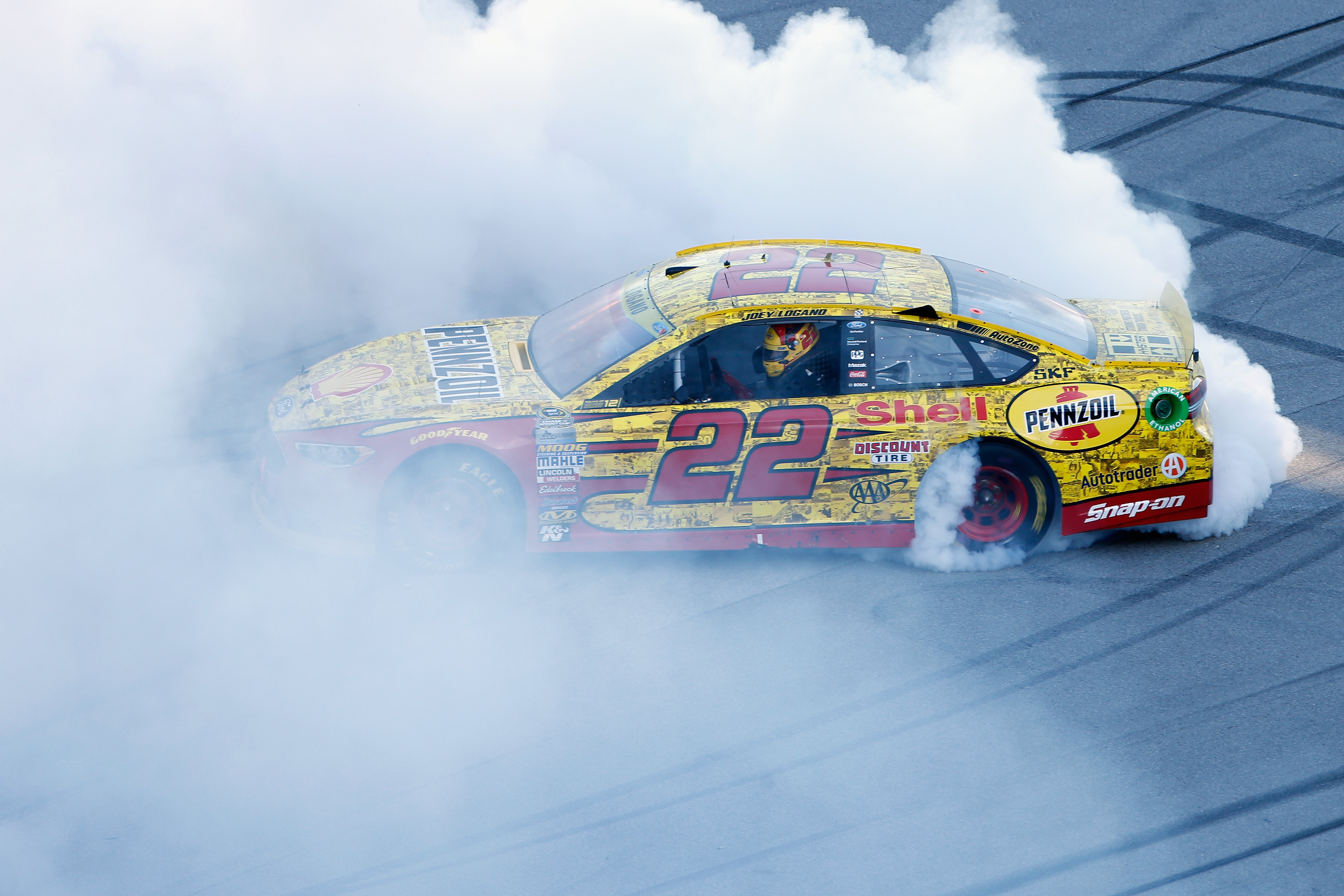 Joey Logano was victorious in Sunday’s Hellman’s 500, leading runner-up Brian Scott to the finish line to land a 1-2 result for Ford. The No. 22 Fusion driver also advanced to the Chase Round of 8 with the win – making him Ford’s last hope at a Sprint Cup championship in 2016.

Logano crossed the finish line .124 seconds ahead of Scott after a four-lap overtime battle with the Richard Petty Motorsports driver. He was no doubt helped along by a little luck, facing less competition in the race’s closing stages after Martin Truex Jr. and Brad Keselowski retired with engine trouble.

“It’s never a layup here at Talladega,” Logano told NASCAR.com post-race. “It’s always close. You never get a big lead. (No. 22 crew chief) Todd (Gordon) made some good adjustments during the race and found some speed in the car, so that was pretty neat to see some of that.

“We got that track position and just hung onto it. I was able to stay on the bottom and try to run the bottom and keep everyone in line, and that worked out really well.”

Joe Gibbs Racing’s Denny Hamlin narrowly beat Stewart-Haas’ Kurt Busch to take third, crossing the finish line 0.006 seconds ahead of him. Both drivers Chase hopes were kept alive with the top five finish. Jimmie Johnson and Kevin Harvick, who took wins in the Round of 12, also advanced, along with Matt Kenseth, Carl Edwards, Kyle Busch and Logano.

Click here for full results from Talladega and here for a full schedule of next weekend’s NASCAR festivities from Martinsville.