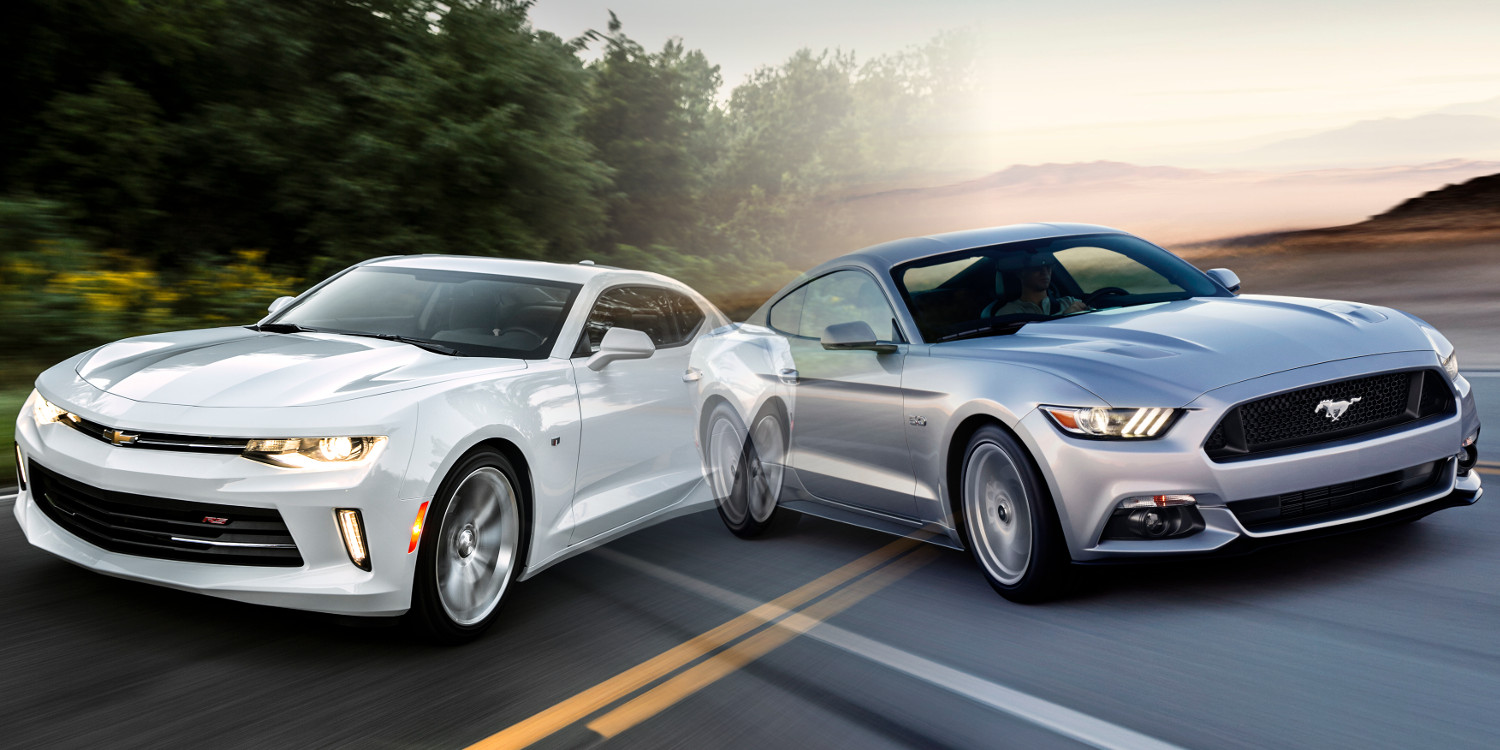 The Detroit News‘ “Miked Up” automotive-centered podcast just recently celebrated its one-year anniversary, and hosts Michael Martinez and Michael Wayland decided to dedicate their first-ever live video broadcast to one of the hottest rivalries in automotive history: Mustang vs. Camaro.

Last month, the Chevrolet Camaro outsold the Ford Mustang for the first time in nearly two years after sales of the latter tumbled 32 percent. Both pony cars recently celebrated their 50-year anniversaries – the Mustang in 2014, and the Camaro in 2016. Competition between the two iconic American cars remains fierce with plenty of high-performance special models, fuel-efficient four-cylinder engine options, and the Ford Mustang now adopting an independent-rear suspension like the Camaro debuted in 2009.

Be sure to watch Miked Up’s one-year anniversary podcast above for an in-depth discussion of the Mustang-vs.-Camaro rivalry.