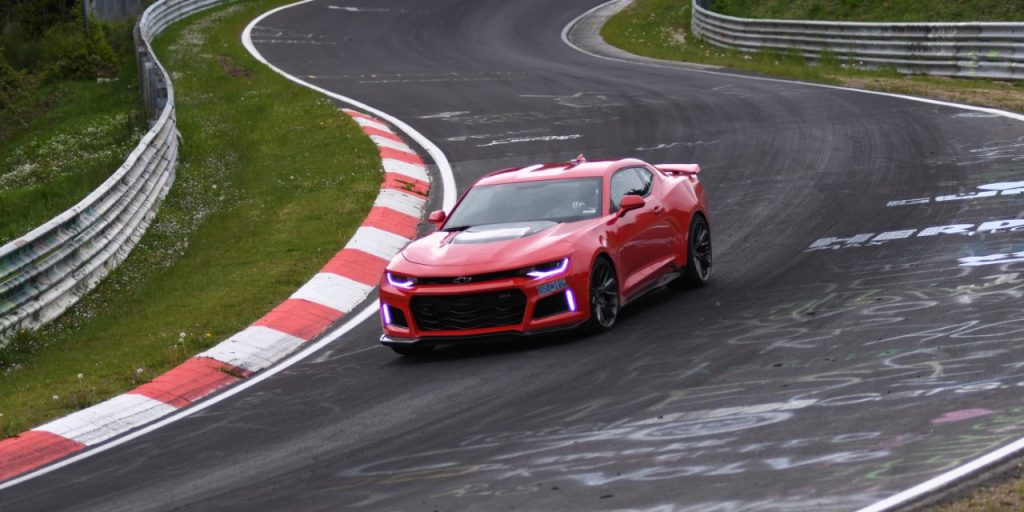 Back in early-2015, the Ford Shelby GT350R Mustang achieved an incredible feat, allegedly lapping the infamous Nürburgring Nordschleife – a.k.a. “The Green Hell” – just a fraction of a second slower than the Porsche 911 GT2 did in 2008: about 7 minutes, 32.2 seconds*.

But forget about the Germans; more importantly, that blistering Nordschleife lap was enough to put the GT350R ahead of the Chevrolet Camaro Z/28 by more than 5 seconds, securing its title as the fastest production pony car ever made. For a time.

Now, it seems, the title has changed hands again, as GM Authority reports that the new, 2017 Chevrolet Camaro ZL1 managed to circle the Nordschleife in just 7:29.6. That’s 2.6 seconds faster than the top-of-the-line Shelby Mustang.

So, the new Camaro ZL1 has officially dethroned the Shelby GT350R, but there’s still plenty for Ford fans to take solace in. For one thing, the Camaro ZL1 is among the first production vehicles to feature the new Ford-GM 10-speed automatic transmission, and if said slushbox can help propel Chevy’s supercharged pony car to such an impressive Nürburgring lap time, it ought to perform admirably in the new F-150 Raptor (and regular 3.5L EcoBoost model) as well.

For another, as much as this feat says for the unbridled performance of the new Camaro ZL1, it says even more about the rosy state of high-performance muscle today. No matter what camp you’re in – Ford, GM, or *ahem* other – there’s perhaps never been a better time to be a fan of American pony cars.