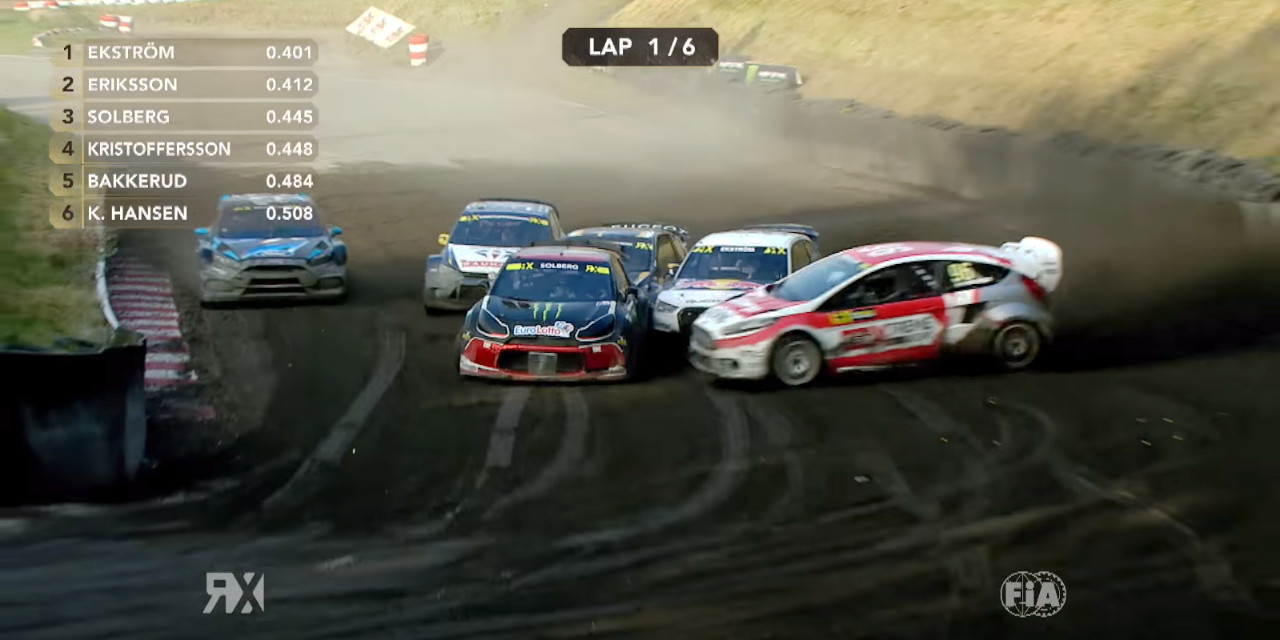 Every once in a while in the world of motorsport, there comes a maneuver so grandiose – so utterly astounding to behold – that it takes on a significance of its own, independent of where it occurred or whether the driver won the event.

Last weekend, such a maneuver was executed in the World Rallycross of Germany, when Kevin Eriksson slid his No. 96 Ford Fiesta ST around the outside of a dirt corner to take the lead in the first lap of the Final round. The feat, in all its awe-inspiring majesty, can be seen above.

As it happens, Eriksson did go on to win the German round of the FIA World Rallycross Championship, beating out the likes of Petter Solberg and Andreas Bakkerud. He’s currently in eleventh place in the championship standings.

As for our friend, Ford Focus RS RX driver Andreas Bakkerud, he managed to turn out a third-place finish at the World Rallycross of Germany, holding on to position four in the championship standings. Teammate Ken Block finished last in his Semi Final, failing to qualify for the Final round.

Just for kicks, here’s what Eriksson’s incredible pass looked like from inside the car: