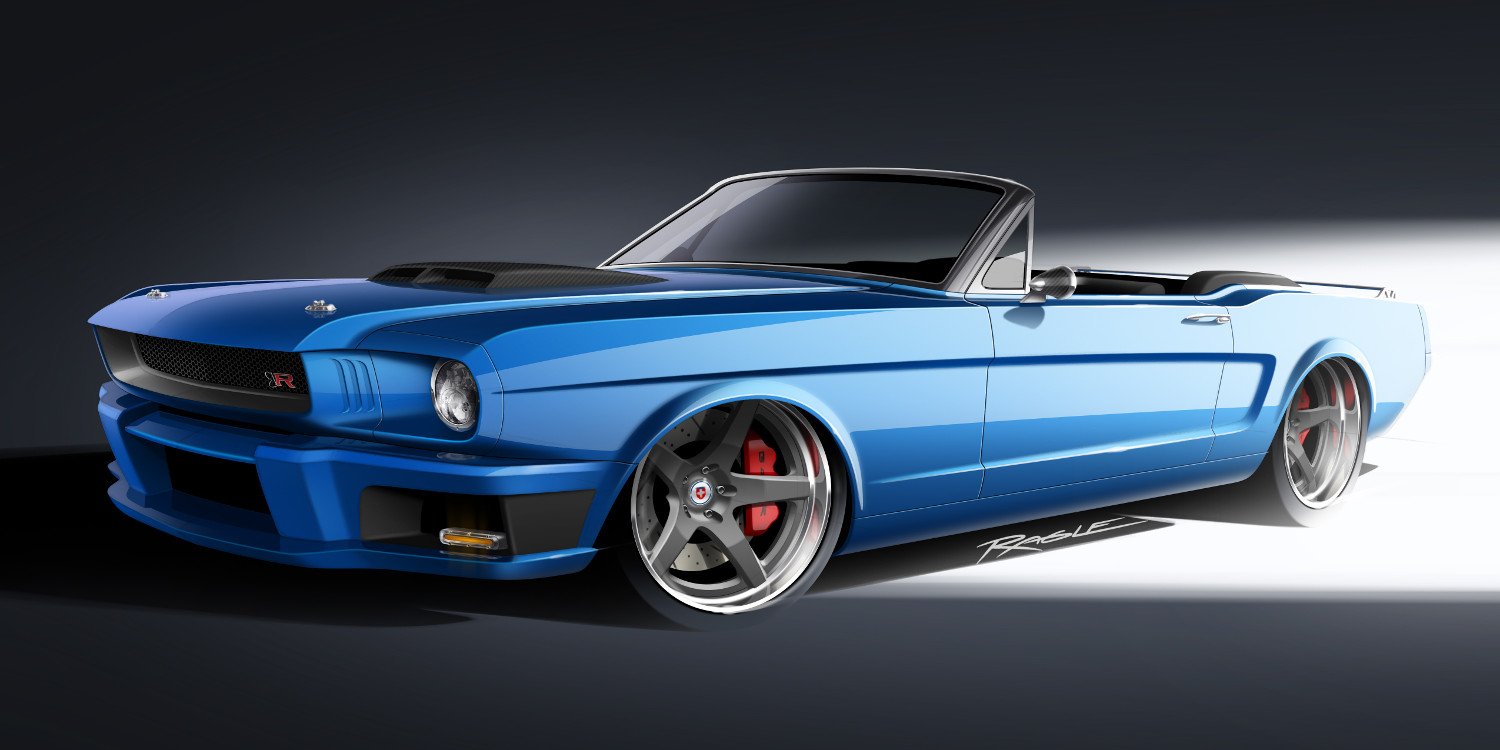 The world-famous Ringbrothers firm is returning to the SEMA Show next month, hosting its very first live unveiling with a 1965 Ford Mustang convertible dubbed “Ballistic.”

Featuring a supercharged, 5.8-liter V8 borrowed from a late-model Shelby GT500 Mustang, Ballistic represents the first Mustang convertible that brothers Jim and Mike Ring have ever built. Not much else about the car has been revealed, except that it has a custom widebody kit, and is shod in a rather tasty-looking “Blu by U” BASF Glasurit paint.

The Ringbrothers Ballistic 1965 Ford Mustang is set to be revealed on November 2nd at 10am, right on the SEMA show floor at the Las Vegas Convention Center. Although it’s the firm’s first live unveiling at the event, Jim and Mike Ring are veterans of the annual SEMA show; just last year, the brothers introduced two new, custom-built Ford Mustang fastbacks named “SPLITR” and “Espionage.” Ringbrothers sells a full range of custom body pieces, fasteners, interior and exterior bits, and more for vintage American muscle and pony cars.

The 2016 SEMA Show is scheduled to take place from November 1st through the 4th. Be sure to stay tuned as we cover all the action.