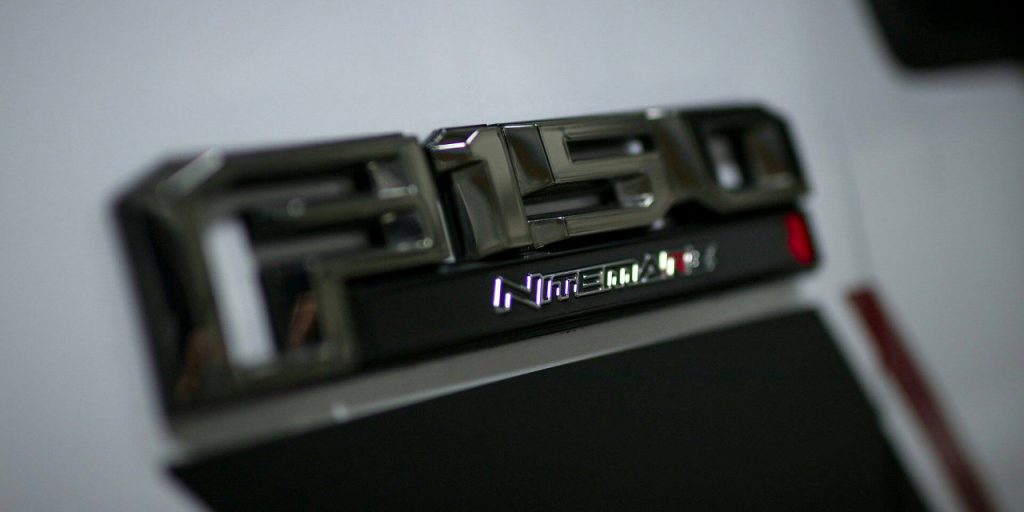 It’s too bad that this year’s SEMA Show in Las Vegas starts on November 1st; if it had been scheduled just a day earlier, this Roushcharged Ford F-150 – dubbed “Nitemare” – could have been revealed rather fittingly on Halloween.

Roush Performance announced via Facebook last week that the new Ford F-150 Nitemare will be going on display at the show next month, referring to it in one post as the “world’s fastest production street truck.” All other details are shrouded in mystery, but the presence of a “Roushcharged” badge at least gives away that the firm has bolstered engine output with a supercharger. That, of course, implies that the Nitemare is based on the 5.0-liter Coyote-equipped Ford F-150.

Below, you can watch a short video shared on the Roush Performance Facebook page showing off a select few angles of the forthcoming Ford F-150 Nitemare.