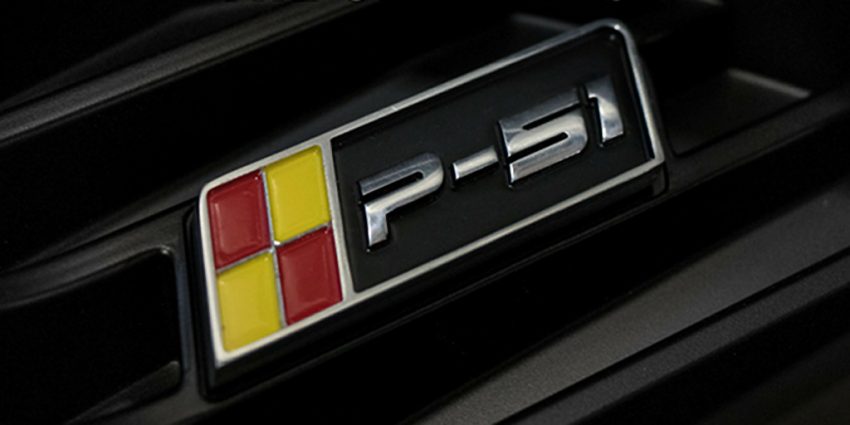 The folks at Roush Performance have a busy couple of days ahead of them. At the same time that they reveal their track-inspired, 500-horsepower Ford Focus RS and a brand-new “Nitemare” F-150, they’ll be pulling the wraps off of a 727-horsepower Ford Mustang built in honor of the WWII-era P-51 Mustang fighter plane.

Like the fighter plane, Roush’s P-51 Mustang benefits from a supercharger, although this one’s a thoroughly modern TVS (Twin Vortices Series) type capable of boosting the pony car’s 5.0-liter V8 to 727 horsepower. That’s quite a bit less than in the aircraft from which the fastback draws inspiration, but certainly more than enough for exhilarating sea-level performance.

In addition, Roush Performance has fitted their new P-51 Ford Mustang with their own 3-way adjustable coilover suspension system and lightweight, forged aluminum Weld wheels. That gear, in combination with Continental Extremecontact Sport performance tires, ought to allow Roush’s new track weapon to outmaneuver even the most formidable bogeys.

And then, there’s the matter of aesthetics. While we have yet to see the finished product, we know that Roush’s P-51 Mustang fastback will wear a unique shade of silver with matte “military green” features, including the wheels and hood graphic. Throughout, small details (like the checkered red-and-yellow badge) will pay homage to the 357th Fighter Group – a legendary air combat unit active during World War II.