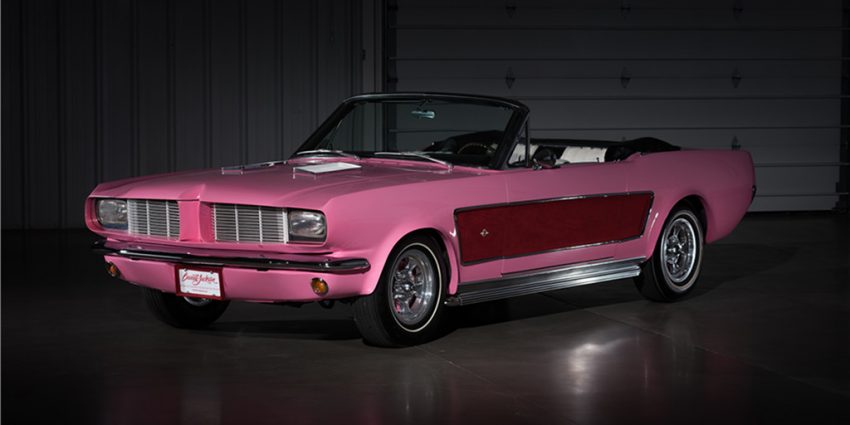 Even after all these years, the custom Ford Mustangs once belonging to pop music duo Sonny and Cher are still together.

As Autoweek reports, the 1966 Mustang convertibles given to Sonny and Cher as gifts were both offered at Barrett-Jackson‘s Las Vegas auction, held from October 13th through the 15th. Sonny’s old pony car fetched a price of $71,500, while Cher’s brought in $55,000, for a total of $126,500 from one very devoted music/car fan, apparently. Back in the 1960s, both Ford Mustangs received significant customization work before being given to the pop duet, carried out by legendary Hollywood car customizer George Barris. The Mustangs were reportedly taken straight from the assembly line and shipped to Barris, who reworked the interiors with unique, period-appropriate colors and materials, including 3-inch Mouton fur carpeting. He also fitted bespoke front fascias and Thunderbird taillights. Sonny’s car was painted Murano Gold Pearl with brown suede inserts, while Cher’s was shod in Hot Pink Pearl with red inserts.