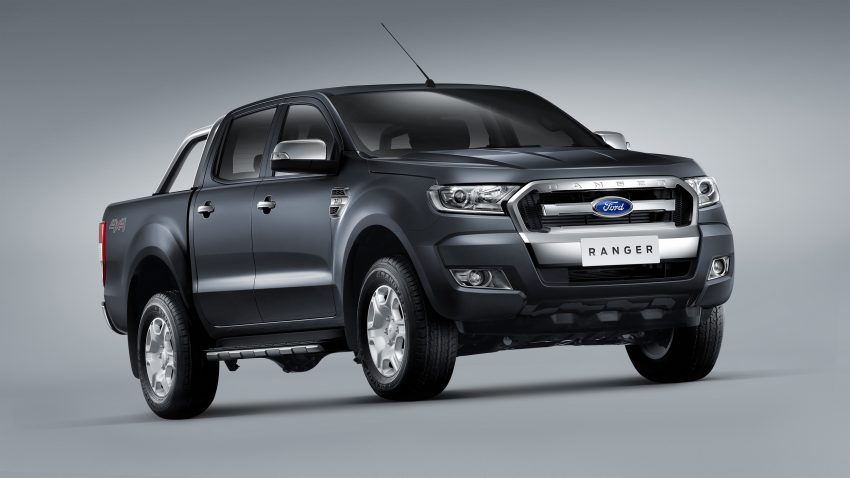 Take this news with the appropriate dosage of salt: a trusted source has assured us that Ford plans to give the off-road treatment to the next Ford Ranger mid-size pickup, building a high-performance Ford Ranger Raptor to slot-in below the all-new, 2017 Ford F-150 Raptor.

At this point, Ford has yet to officially confirm that the regular, run-of-the-mill Ford Ranger is returning to the US market, let alone a top-notch performance variant. But a recent comment from UAW Local 900 Plant Chairman Bill Johnson suggests that both a new Ranger pickup and Bronco SUV will indeed be coming to Ford’s Michigan Assembly Plant. Beyond that, we remain hopeful that our source is correct, and the automaker would build a performance variant of the former.

We can only speculate as to how Ford might go about Raptor-izing the next Ranger. It seems likely that the standard model will follow in the footsteps of the 2015+ F-150 and 2017+ Super Duty, donning a body comprised largely of high-strength aluminum alloy; logically, the Ford Ranger Raptor would most probably retain that lightweight skin. Motivation would likely come from a smaller, less-potent engine than the one in the F-150 Raptor, with a tuned version of Ford’s 2.7-liter EcoBoost V6 being the obvious choice.

Outside of those details, the truck practically designs itself; Fox Racing Shox, an advanced four-wheel-drive system, all-terrain tires, and the F-150 Raptor’s six-mode Terrain Management System are all likely standard equipment.

The next-generation Ford Ranger pickup is expected to start production at Ford’s Michigan Assembly Plant sometime in 2018. We’d guess that the Ford Ranger Raptor wouldn’t be too far behind – at least if the automaker intends to count it as one of its twelve performance products due out by 2020.