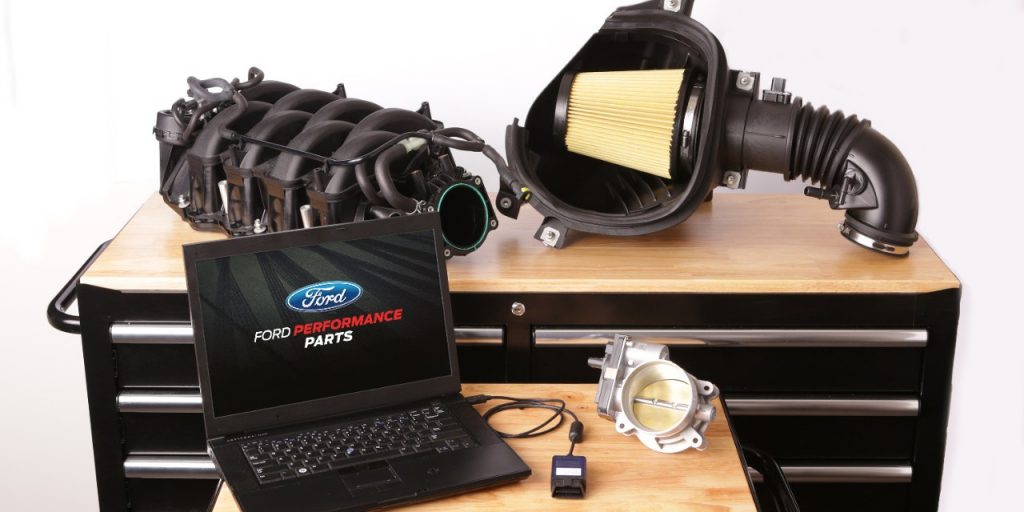 As we reported back in July, Ford Performance is catering to the Mustang GT owner who wants a little more “oomph” out of his or her Coyote-powered pony car, by introducing a series of three different “Power Pack” upgrades that boost torque and power output with clever engine remapping and induction parts.

Now, all three Mustang GT Power Packs are available to order, and can be found on the Ford Performance Parts website. MSRPs range from $539 for the Stage 1 pack, to $2,395 for the Stage 3; the Stage 2 appears to be the best value at $949.

According to Ford, this is the first time that the automaker has offered more than one performance calibration for a single Mustang powerplant. Ford mostly recommends choosing from Stages 1 and 2 for street cars, and only selecting Stage 3 for track applications. This is because Stage 3, which includes the intake plenum from the Shelby GT350, reserves most of its benefit for the top end of the RPM range.

In fact, that kit’s unique software raises the Mustang GT’s redline to 7,500 RPM, where instantaneous power is 60 hp greater than it would be without the new induction bits installed.

All three Power Packs for the S550 Ford Mustang GT are 50-state emissions legal and compliant with Ford’s factory powertrain warranty. They can be installed on cars with either manual- or automatic-transmissions; the manual version of the new software even includes a special no-lift-shift strategy.