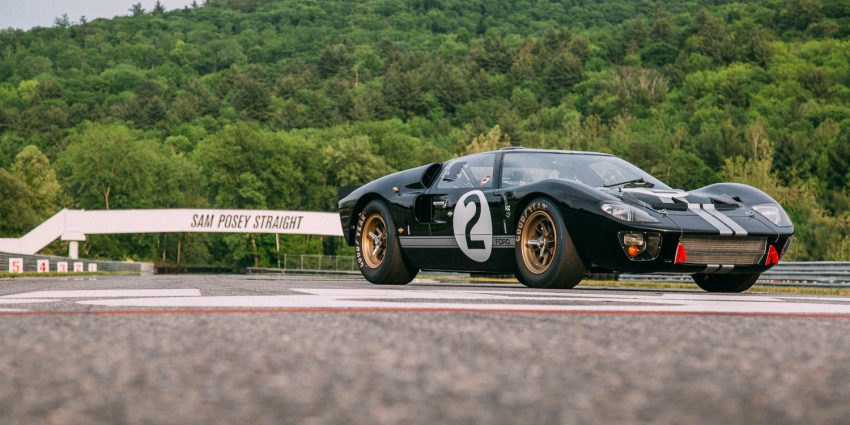 The historically-significant Ford GT40 is set to be put on display at the Ford booth courtesy of RK Motors Charlotte, next to the very same No. 68 Ford GT that took first in the GTE-Pro class at this year’s big race. It’s fresh off a full, 20-month restoration that demanded nearly 4,000 man-hours in total.

“We are honored to be part of Ford’s display at SEMA and to be nominated for the 2016 International Historic Motoring Awards,” says RK Motors President Joseph Carroll “The GT40 has brought us so much gratification on so many levels. From the beginning of the restoration to its reintroduction at home and abroad, we’ve known how special this car is and are thrilled to be able to share it with fellow enthusiasts.”

The Le Mans-winning Ford GT40 P/1046 has been nominated for the 2016 International Historic Motoring Awards in two categories: “Car of the Year,” and “Restoration of the Year.” We’ll have to wait until Thursday, November 17th to find out whether the priceless, black Ford GT40 has won.