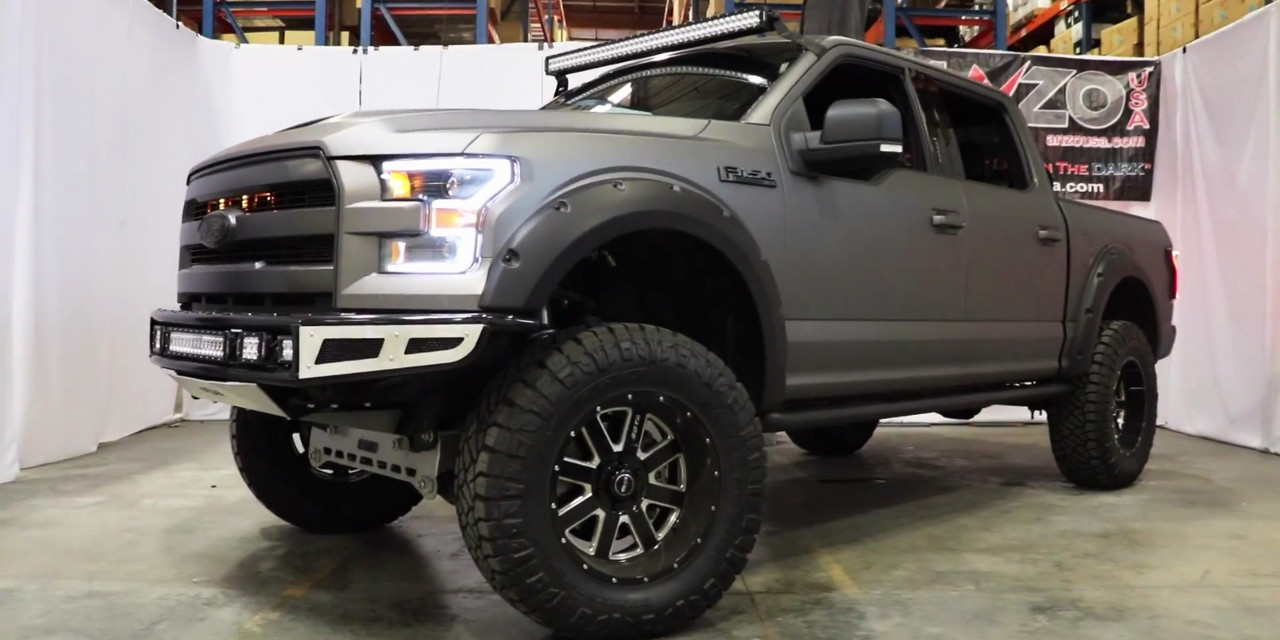 Meet Shaun Callaway – the builder behind this radically-customized Ford F-150, which is entered into this year’s “Battle of the Builders” (BOTB) competition at the SEMA Show in Las Vegas.

SEMA’s BOTB is an annual competition that pits the show’s top custom vehicles and their makers against one another, vying for recognition. This year, BOTB features a new “Young Guns” age category for vehicle-customizers under the age of 35.

The 2016 SEMA Show is coming up from November 1st through the 4th. Its annual Battle of the Builders competition, in which this off-road-ready Ford F-150 will take on other unique custom builds from the show, will be covered by the Velocity Network and produced into a one-hour TV special.