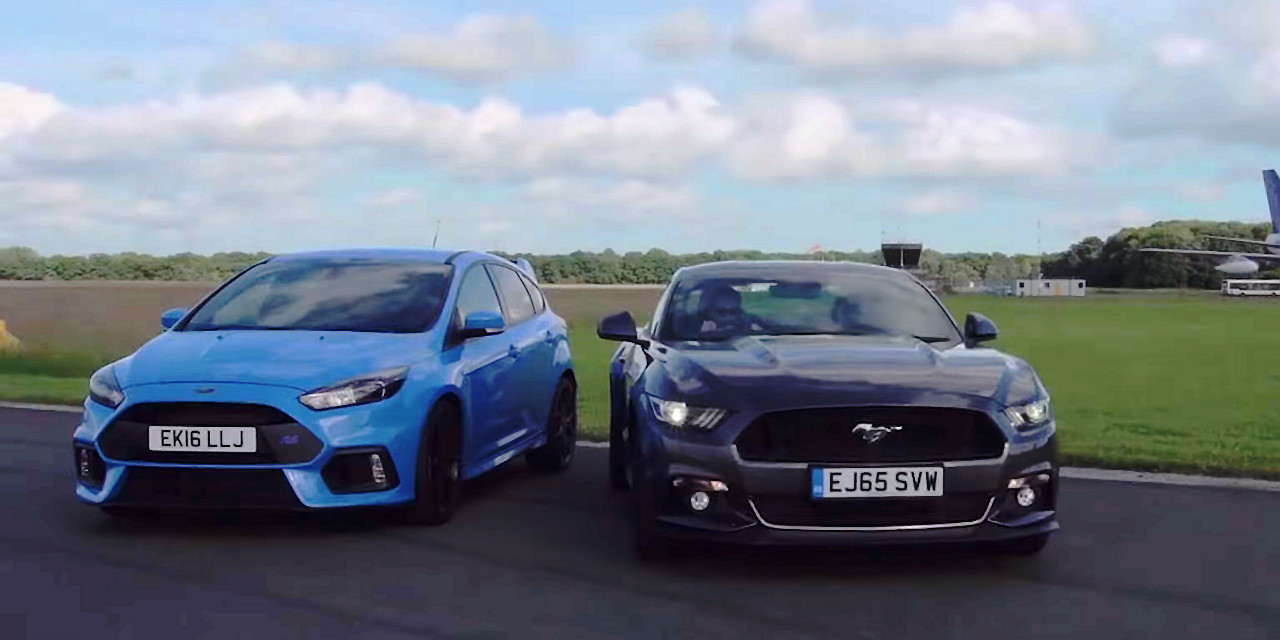 At a glance, a contest of straight-line speed between a four-cylinder hatchback and a V8 pony car might seem helplessly pointless.

But then, there’s never been a hatchback quite like the new Ford Focus RS.

The folks at Top Gear published a new video today showing a drag race between a Ford Mustang GT and the new Focus RS – two cars which, on paper, look pretty well-matched. The Mustang GT’s 5.0-liter Coyote engine produces 410 horsepower in UK form, last we heard, which is substantially more than the Focus RS’ 350 horsepower, but in a car which weighs more and doesn’t have the launch advantage of all-wheel drive.

Now, we aren’t about to spoil the results of this drag race for you, but suffice it to say… it’s close. That in itself is a strong testament to the capabilities of Ford’s EcoBoost technology, and an interesting conundrum considering that the Focus RS’ 2.3-liter I4 is essentially the very same engine as is found in the Mustang EcoBoost.

Has the American V8 been made obsolete?