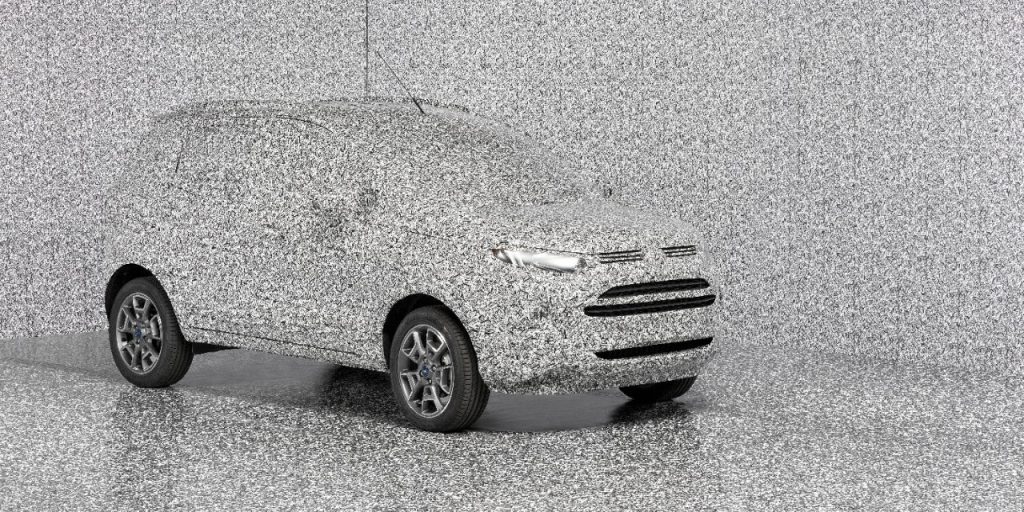 It’s a well-known fact that the engineers at Ford, as with any other major automaker, log thousands of real-world test miles in any forthcoming passenger vehicle. It’s perhaps equally well-known among automotive enthusiasts that professional “spy photographers” make a living off of exposing automakers’ designs before they’ve been unveiled to the world.

To keep their top-secret designs, uh, secret, Ford and its rivals cover their prototype test vehicles in camouflage patterns, with the aim of obscuring sculptural details until the product’s official unveiling. A lot of thought and research goes into Ford’s camo patterns, with each taking about two months to develop.

The automaker feels confident that its latest pattern, a “3D Brick” print based off of popular optical illusions, ought to work well to obfuscate whatever prototype lies underneath.

“I tried to create a design which is chaotic and that confuses the eyes,” says Ford Europe Vehicle Prototype Engineer Marco Porceddu, who came up with the new camouflage. “I researched optical illusions on the internet and came up with a shape that could be copied and overlapped thousands of times. This creates both an optical illusion and a 3D effect.”

The pattern incorporates thousands of tiny, overlapping cylinder graphics rendered in black, gray, and white to give the vehicle’s exterior a texture that makes the actual vehicle sculpture difficult to discern.

University of Exeter Associate Professor Martin Stevens, who has studied coloration and camouflage in nature for nearly 15 years, agrees that the pattern should prove effective. “This camouflage will stand out in almost any environment, but it’s designed to destroy the integrity of the vehicle’s shape, surfaces and color, delaying your brain’s ability to recognize it, or its key features by sight,” he says.

“The optical illusion doesn’t prevent the car being seen, but plays with your ability to measure depth of field and shadows, making it difficult to see shapes and car features. It is a trick used in nature to get away from something or to hide that is equally useful to a car test driver.”