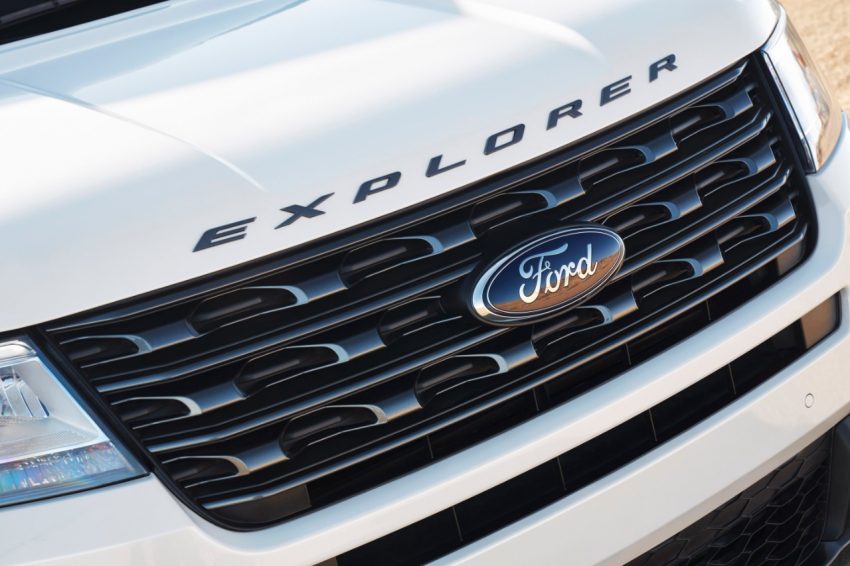 The Ford Explorer crossover, which has been around in more-or-less the same state since 2011, is headed for a complete redesign soon. For proof, one need only look to the gallery of recent spy photos acquired by Automotive News.

It’s expected that the next Ford Explorer, like the F-150 pickup before it, will make extensive use of aluminum body panels. That indeed seems to be the case according to clues from these spy shots; according to AN, the relative flatness of the doors, hood, and tailgate is an indication that aluminum has been used to form those panels. Current alloys reportedly have too much of a tendency to crack when stamped into complex, curvy shapes, and the solution may not be ready for production by the time the new Ford Explorer comes around.

It’s a safe bet that, like the current model, the next Explorer will feature standard front-wheel drive with an AWD option. AN calls the crossover a “prime candidate” for the new 9-speed automatic transmission being co-developed by Ford and General Motors, and we tend to agree. It’s hard to get a proper sense of scale from these photographs, but the sixth-generation Ford Explorer looks like it may also grow in size relative to the current CUV.

The new Ford Explorer is expected to launch as early as summer 2018, though it could arrive later as a 2020 model-year offering. Check back for more as it becomes available.