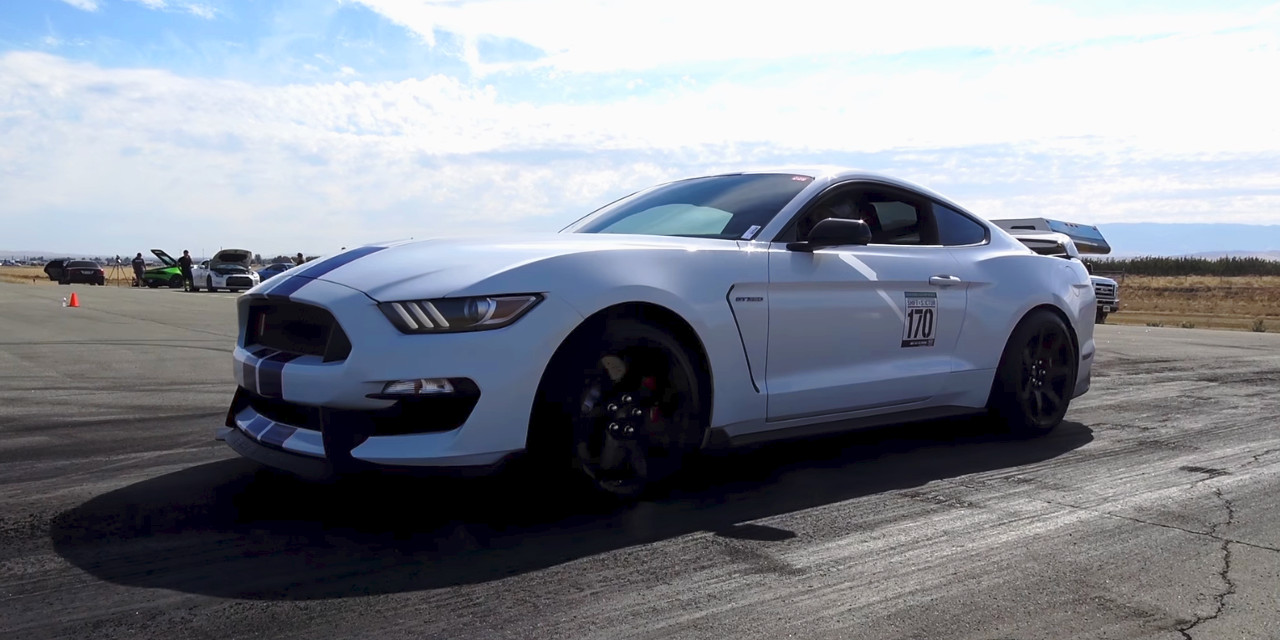 Pop quiz: what has three flat-plane crankshafts, 15.6 liters of displacement, and a roar so ferocious it can move mountains?

Answer: a trio of Ford Shelby GT350R Mustangs. Last week, YouTuber BrianZuk uploaded video of three Shelby GT350R examples as they went about making passes at the Shift-S3ctor California Airstrip Attack last month, and our ears are only too happy to receive them.

Now, the drag strip is perhaps not the absolute best place for the current Shelby GT350R Mustang; its (relatively) modest 526 horsepower, carbon-fiber wheels, and magnetorheological suspension are better suited to the sweeping corners of a road course than to a straight-line blast down the quarter-mile. But that point seems utterly irrelevant in the face of how astonishingly good the car sounds roaring down the strip sans exhaust resonator, approaching its 8,200-rpm redline with gusto.

Lest you forget what the best-sounding American production V8 of this century sounds like, take a listen to the three Shelby GT350R Mustangs at the California Airstrip Attack in the video above.