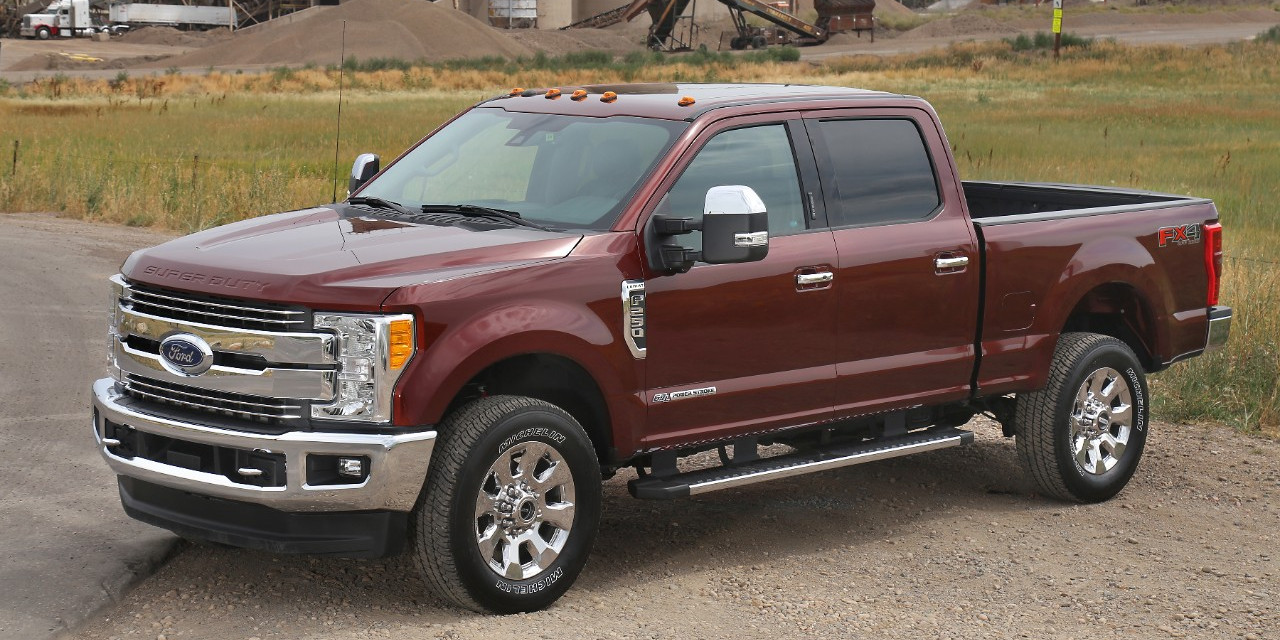 The all-new, 2017 Ford Super Duty line has won Motor Trend‘s coveted “Truck of the Year” award for 2016, marking the first time that the honor’s been bestowed upon Ford’s medium-duty truck line. The light-duty Ford F-150 has won on four previous occasions.

Ford chalks the win up to a lot of different things, including the 2017 Ford Super Duty’s absurdly strong, fully-boxed steel frame. The new frame is made up of 95% high-strength steel, and is reportedly up to 24 times stiffer than the frame used by the truck’s predecessor. Granted, the stronger frame might be a necessity given the truck’s new choice of exoskeleton material: aluminum alloy. Thanks to that migration away from an all-steel body, the new Ford Super Duty is up to 350 pounds lighter than the truck’s previous iteration.

Ford also seems to feel that the Ford Super Duty’s selection as 2016 Motor Trend Truck of the Year has a little something to do with the truck’s new 6.7-liter Power Stroke diesel V8, which churns out 440 horsepower and a mountain-moving 925 lb-ft of torque. That, working hand-in-hand with uprated new, beefed-up driveline components and up to 7 exterior cameras for ultimate visibility, ensures that 2017 Ford Super Duty can tackle just about anything the world – let alone Motor Trend – can throw at it.

“We are honored to win this year’s Motor Trend Truck of the Year Award as it underscores how the all-new 2017 Ford Super Dutys are the toughest, smartest and most capable trucks we’ve ever built,” said Ford President of the Americas Joe Hinrichs. “For 39 consecutive years, Ford F-Series has been America’s favorite truck, and now Motor Trend has given one of our F-Series top honors for the fifth time.”