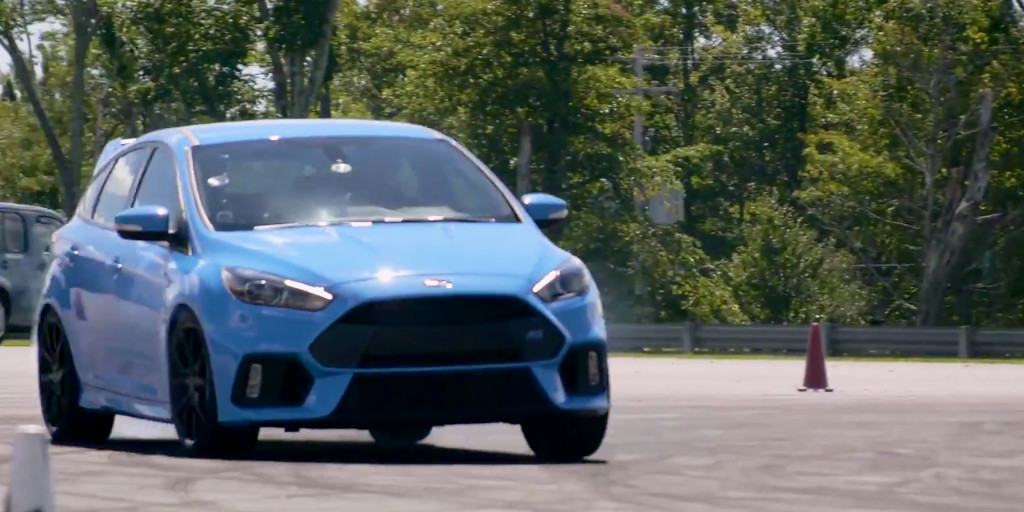 It’s been some months since the 2016 Ford Focus RS’ US release, and even still, people can’t seem to stop talking about it, nor its trademark, idiosyncratic “Drift” mode.

Of course, activating Drift mode doesn’t automatically turn one into a formidable hoon; that requires practice and, if you can get it, expert instruction.

In the latest video from CNET‘s Roadshow, Editor-in-Chief Tim Stevens receives the best expert instruction in drifting the Focus RS that money can buy, from none other than former “Stig” Ben Collins. He explains the difference between drifting in the classical sense, with a RWD automobile, and four-wheel drifting, which is what the AWD Focus RS engages in – albeit with a big torque bias toward the rear.

The Ford Focus RS’ Drift mode has proven a somewhat controversial feature for a road-going production car. While most – if not all – gearheads are united in their adoration for the unique drive mode, some safety advocates in Australia have called for the feature to be banned there, and it’s already been implicated in at least one hard-to-watch crash in the US.