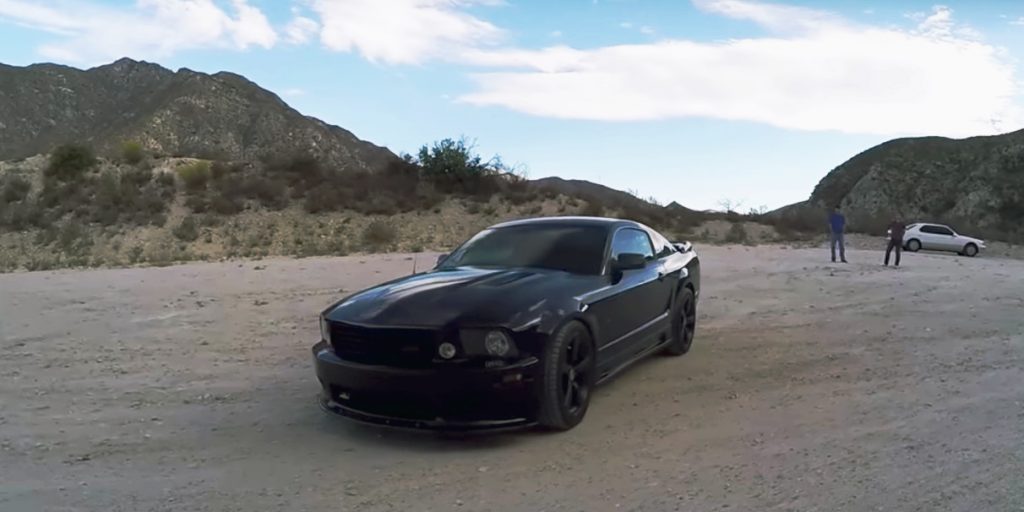 Although Saleen Automotive is still alive and still turning out high-performance cars based on muscle coupes from Detroit’s Big Three, the car featured in the video above – the Saleen S-281 “Extreme” – is considered by the folks at The Smoking Tire to be “Saleen’s last real hurrah.”

Published last week, this episode of TST‘s “One Take” series puts Matt Farah in the drivers seat of this 2007 Saleen S-281 Extreme for a blast through the mountains. The “S-281” badge refers to the 281-cubic-inch displacement of the Saleen-built V8 living up front. That’s the same displacement as the factory V8 fitted to regular Ford Mustang GTs at the time, but Saleen’s motor featured 3 valves per cylinder and, on S-281SC and S-281 Extreme models, a supercharger.

This particular Saleen S-281 Extreme has some modifications, like long-tube headers, new injectors, and a tune, resulting in about 500 rear-wheel horsepower (according to the owner). To get Matt Farah’s appraisal of the car from the captain’s chair, watch the latest episode of “One Take” above.