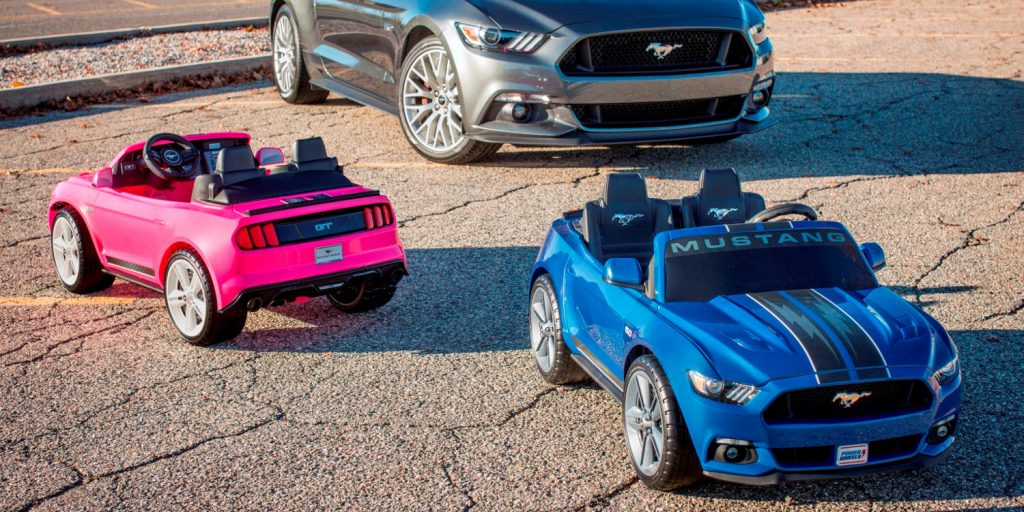 I know what I want for Christmas.

Here, the “Smart Drive” trademark refers to a new computer-controlled powertrain that affords this toy Ford Mustang some pretty sophisticated features like traction control. Yes, traction control – as in the computer monitors for wheel-slip and adjusts motor speeds accordingly. Other nifty features allowed by the Smart Drive system include digital speed control and battery charge status indicator, accessible by an LED touch interface, as well as ramped starts/stops and a stability monitoring system that cuts power as needed to prevent rollovers.

On top of that, Fisher-Price’s new Hot Wheels Ford Mustang electric toy car has an integrated sound system that plays engine noise from a real, adult-sized Ford Mustang, which changes as the toy car accelerates and decelerates. An input jack allows kids to play their own music in the car.

“Mustang is one of our best-selling sports cars,” says Power Wheels Senior Manager of Design Gary Collins. “For the Smart Drive Mustang, we wanted to amp up the realistic driving experience to make the feeling of getting behind the wheel even more thrilling for kids.”

The new Hot Wheels Smart Drive Ford Mustang is on display now at the Los Angeles International Auto Show, and wears an MSRP of $359.99. That’s little more than one percent of the Ford Mustang GT‘s starting price. What a steal.