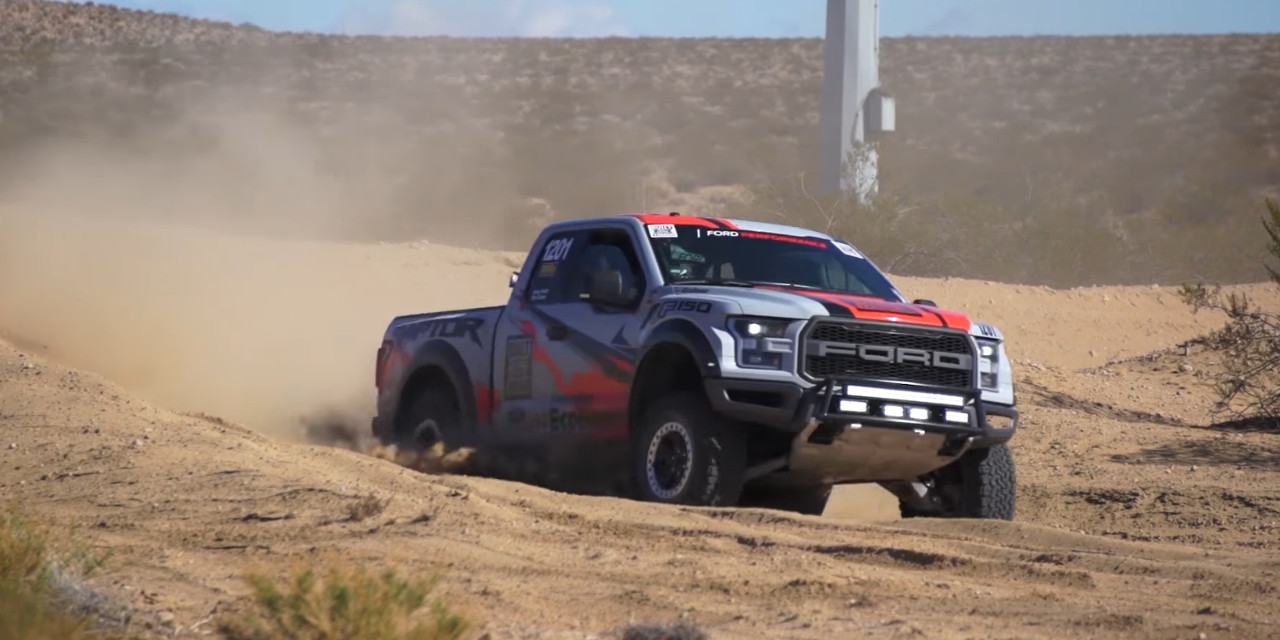 Over the weekend, Foutz Motorsports took its essentially-stock Ford F-150 Raptor to the annual SCORE Baja 1000 off-road race at the Baja California Peninsula in Mexico, where it proved the effectiveness of its aptly-named “Baja” driving mode by finishing the grueling race across the desert – only just.

Baja 1000 contenders are given 36 hours to complete the 854.8-mile off-road loop; according to Jalopnik, the Foutz Motorsports 2017 Ford F-150 Raptor finished in 35 hours, 59 minutes, and 8.2 seconds. In other words, the new Ford Performance supertruck crossed the finish with less than 52 seconds to spare – or about 0.04% of the total race time remaining. Of course, before we start criticizing the new F-150 Raptor for its almost-DNF, we need to bear a few things in mind. First, to finish a race as grueling as the legendary Baja 1000 at all is a feat, especially for a truck that’s essentially been given some safety equipment and new suspension gear and told to have at it. And second, the F-150 Raptor was likely driven quite conservatively to better ensure its survival as its very reputation was on the line, and a breakage would be worse publicity than a failure to finish.

What’s much more impressive than the F-150 Raptor’s time in the Baja 1000 is that it immediately refueled and drove 399.87 miles to the Foutz Motorsports headquarters in Arizona after the race, according to Jalopnik. Not too shabby for a stock-class truck that’s been put through the ringer in the most notoriously trying off-road race ever conceived.