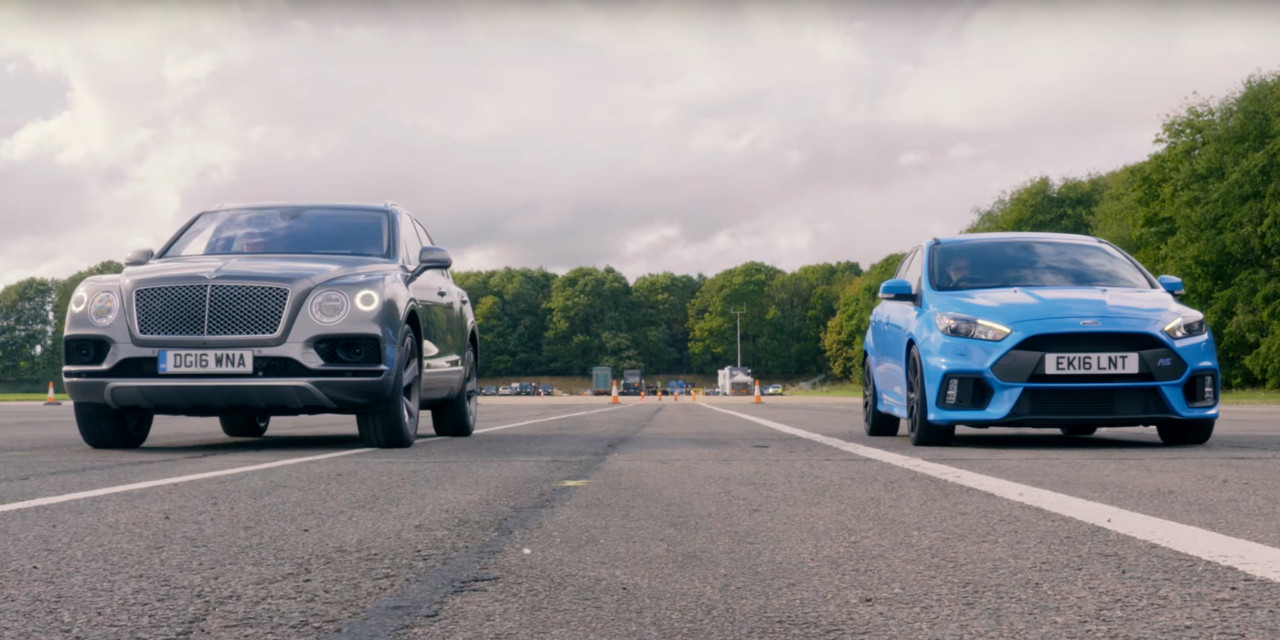 In all likelihood, there are precious few consumers who will ever find themselves torn between the new Ford Focus RS and Bentley Bentayga. The former is a compact hot hatch with a $36k price tag (in the US) whose main raison d’être is simple fun; the latter is a sophisticated, $230k luxury cruiser on wheels which, despite offering a potent, twin-turbocharged W12 engine, makes swaddling its occupants in a cocoon of luxury its chief mission.

And yet, here we are; Auto Express managed to line up a one-kilometer drag race between the new Ford Focus RS hot hatch and the Bentley Bentayga luxury SUV, which you can view above. But before you write-off the massive land-Titanic that is the Bentayga, you ought to acquaint yourself with the relevant stats.

For starters, like the Focus RS, the Bentley Bentayga has all-wheel drive, which ought to lend it a hand with launch traction. At nearly-5,400 pounds in its European guise, the Bentley weighs far more than the almost-3,500-pound Ford, but its 600-horsepower, 6.0-liter W12 actually gives it a better weight-to-power ratio: about 9.0 pounds-per-horsepower to the Focus RS’ 9.9.

Of course, numbers aren’t everything, and we’re not about to spoil the ending. Watch the video above to see how the new Ford Focus RS fares against the Bentley Bentayga luxury SUV in a contest of straight-line speed.